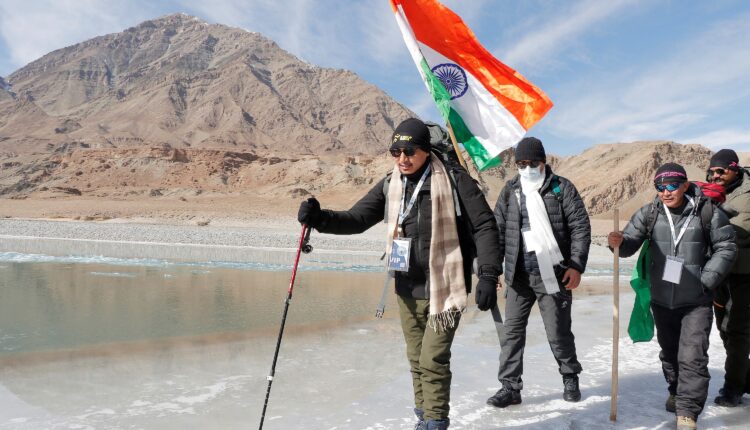 Leh: The first-ever Khelo India Zanskar Winter Sports and Youth Festival 2021, organised by the Department of Youth Services and Sports in collaboration with Department of Tourism, was flagged off on Monday at Nimoo Sangam.

Ladakh MP said that the Zanskar Winter Sports and Youth Festival would provide a boost to the tourism and economy of Zanskar. He also expressed hope to see young talented sportspersons from Ladakh playing at the top national and international level in the future.

Speaking on the occasion, Chairman, LAHDC, Leh, Tashi Gyaltsan, shared that the objective of the event is to promote Zanskar and Ladakh as a winter tourism destination. He added that the event would help to bring out the hidden talent of youth from the region. The event, according to him, would open Ladakh for tourism throughout the year.

Secretary, Sports, Ravinder Kumar, shared that Zanskar Winter Festival is the first event under the Khelo India that is being conducted at a rural and remote area such as Zanskar. He thanked the Government of India and all the concerned departments for organising the 13-day event.