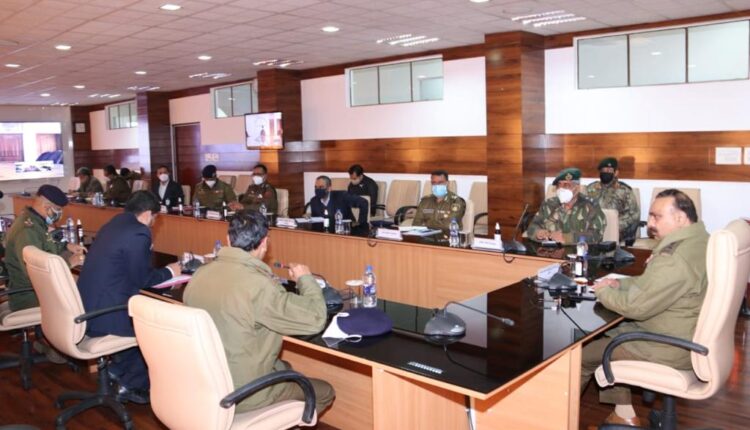 Jammu: The Director General of Jammu and Kashmir Police, Dilbagh Singh, on Monday said that 2021 will have its “own challenges’’ in view of  “new strategies’’ being adopted by Pakistan and emergence of “new terror operatives’’ on ground.

These need to be countered, he said while reviewing the security scenario of Jammu division and arrangements for forthcoming Republic Day. He directed that the deployments for Republic Day may be beefed up and the Quick Response Teams (QRTs), escorts, guards will have to be alert, adding that all arrangements be made so that 26th January celebrations are held peacefully.

Pointing out that there are inputs that the terrorists are keen to carry out some mischief as they are desperate to disturb communal harmony, peace and order, the UT Police chief directed the officers to take care of vulnerable persons and places to thwart the nefarious designs of enemies.

The DGP hailed the proactive approach and preventive measures of the JKP and other forces which led to the recovery of huge arms and ammunition, besides elimination of 225 terrorists during 2020. He said that the work done by the police and security forces has been recognized at the highest levels as Prime Minister Narendra Modi, Home Minister Shri Amit Shah and J&K’s Lt. Governor Manoj Sinha have conveyed their compliments for the same.

He termed the DDC elections a huge success and added that because of the good work done in the last couple of years expectations for the year 2021 have gone higher and to meet these standards all of the forces have to rise to the occasion with the continued commitment, hard work and dedication. He said that we have to use new year for consolidating peace. He said that all the security arrangements have to be made for the forthcoming republic day and beyond that.