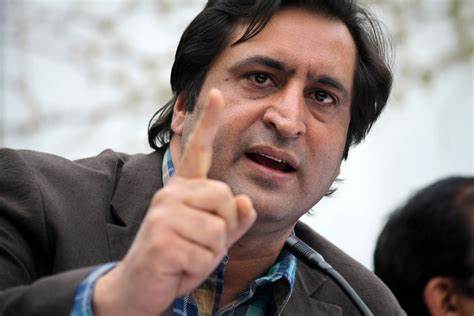 Srinagar: The Jammu and Kashmir People’s Conference headed by Sajjad Lone on Tuesday pulled out of People’s Alliance for Gupkar Declaration (PAGD) over the issue of fielding of proxy candidates by allies against each other during the recently held maiden District Development Council elections in the Union Territory.

Lone was the spokesperson of seven parties PAGD including National Conference and PDP which was formed in October last year to fight for restoration of Article 370 and getting back statehood to Jammu and Kashmir. He has written a letter to PAGD chairman Farooq Abdullah informing him his party’s decision to pull out of the alliance.

With this, PAGD has been left with only six parties – NC, PDP, CPI, CPI(M), JKPM, and ANC.

The People’s Conference leaders had accused the PAGD leaders of fielding the proxy candidates in the just concluded DDC polls in which the alliance won 110 seats.

“It is difficult for us to stay on and pretend as if nothing has happened. There has been a breach of trust between partners which we believe is beyond remedy. The majoritarian view in our party is that we should pull out of the alliance in an amicable manner rather than waiting for things to get messier. And I am confirming that we will no longer be a part of the PAGD alliance,” Lone said, in a letter to PAGD president Farooq Abdullah.