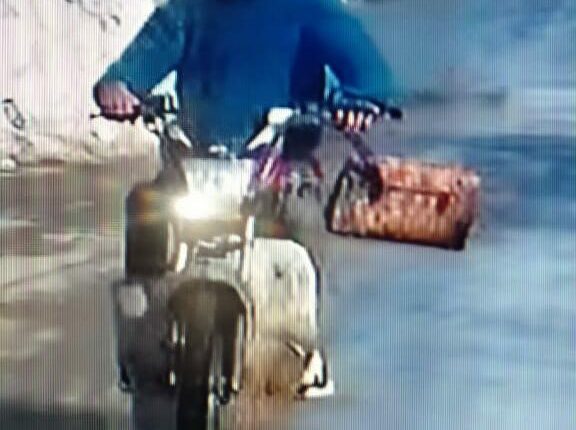 Srinagar: UT Police on Thursday sought help from general public in identifying a suspected bike lifter whose image got captured on CCTV camera in Parimpora area. This followed investigations by police following complaint from a local that his bike has been stolen by some unknown persons. During investigations, a special investigation team had collected the  CCTV footage and found the photograph of suspected bike lifter. It requested people to share any information regarding the suspected person with Police Station Parimpora on mobile number 9596770883.

Rajouri: Deputy Commissioner Rajouri, Rajesh K Shavan, on Thursday ordered withholding of the salary of two senior officers and sought their explanation after the duo left the station without prior approval of senior authorities. This followed when Shavan, during a meeting to review arrangements for Republic Day celebrations, found Chief Executive Officer of the Rajouri Development Authority, and Chief Education Officer of School Education Department absent as they had left the station without prior approval.

Reasi: Jammu Kashmir Police on Thursday arreanged a person on charges of uploading objectionable material on Facebook bound to hurt religious sentiments of a particular community. Identifying the accused as Sanjeev Kumar of Pouni, sources said that police action following a complaint acted swiftly and regisrered a case in the matter under sections 295A/153A of the Indian Penal Code.

Ganderbal:  Jammu Kashmir Police on Thursday claimed to have tracked all the five truck drivers who had lost contact with their families in Ganderbal for quite some time. Pointing out that they had halted for routine security checking on Ahmedabad Expressway, it said that they are safely proceeding towards their destination.

Reasi: SSP Reasi, Rashmi Wazir at a meeting on Thursday reviewed the implementation of Crime & Criminal Tracking Network Systems (CCTNS) in the district. Pointing out that CCTNS when fully implemented will help in prevention and investigation of crime incidents at a faster pace, she impressed upon all the SHOs, MHCs and Data Entry Operators of CCTNs to encourage and motivate field officers to  make full use of different features of the software and update it by filling the crime figures which will go a long way in studying the patterns of various crimes.

Srinagar:  Anantnag Deputy  Commissioner Anshul Garg on Thursday asked Principal Government Medical College and Chief Medical Officers to take appropriate measures in collaboration with  District Information Officer to take appropriate measures by using social, print and electronic media to counter the spread of all kind of false information about the covid-19 vaccines. They have been asked to ensure dissemination of factual messages, besides broadcasting and telecasting messages of renowned doctors of the district.