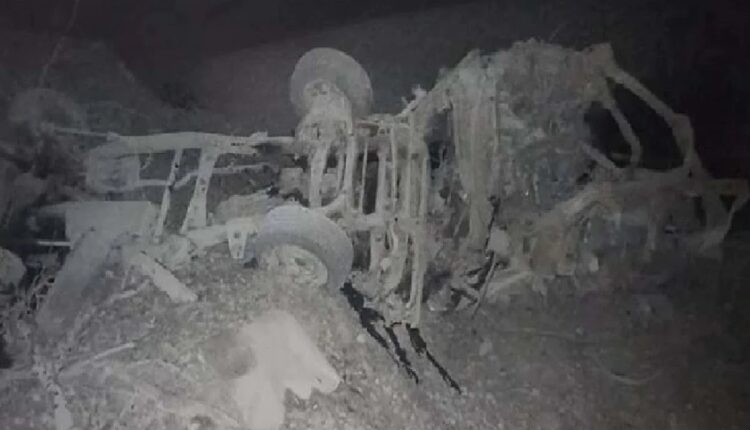 Karnataka: An explosion of a truckload of explosives, said to be meant for mining, killed at least eight people in Karnataka’s Shivamogga district on Thursday night.

The explosion sent shockwaves not only in Shivamogga, but also in neighbouring districts, police said. The massive explosion took place near a gravels and boulders crushing facility at a stone quarry around 10.30 pm.

The possibility of subsequent blasts at the quarry has not been ruled out by the police, and the entire area has been sealed.

So strong was the blast that window panes shattered while many houses and even roads developed cracks, said an eye-witnesses.

The deceased are stated to be quarry workers from Bihar.

Such had been the impact the blast that the tremors caused by it were earlier mistaken to have been caused by an earthquake. This had led to some locals in nearby areas rushing out of their homes in the night.

However, Karnataka State Natural Disaster Monitoring Centre later clarified that there was no recorded seismic activity.

Prime Minister Narendra Modi took to Twitter to condole the loss of lives in the accident. “Pained by the loss of lives in Shivamogga. Condolences to the bereaved families. Praying that the injured recover soon. The State Government is providing all possible assistance to the affected,” he wrote.