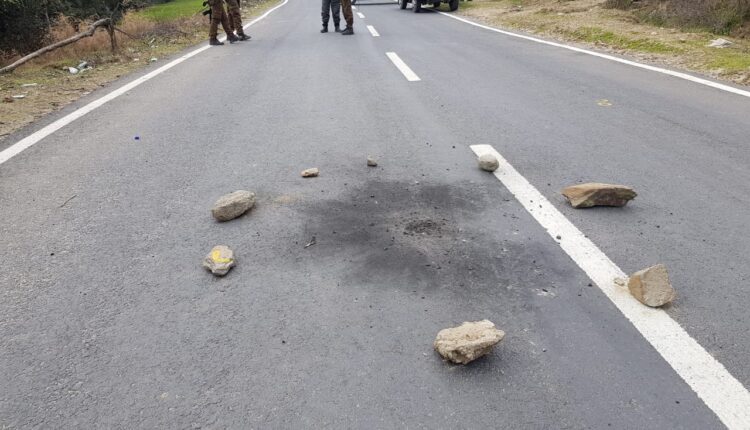 Kishtwar: Ahead of the Republic Day celebrations, suspected militants on Friday lobbed a grenade on a police party at Dedpath village near  Sinthantop on the Kishtwar-Chatroo national highway which connects Kashmir  Valley with hilly Kishtwar district in Chenab Valley region.

Except for minor injury to a police man, there was no damage as the grenade missed the intended target and exploded on the roadside. It has been after nearly seven months that militants have marked their presence felt in Chenab Valley region as police and security forces had killed two militants in adjoining Doda district’s Gundna area in May last.

Kishtwar SSP Dr Harmeet Singh Mehta said that the police party on a vehicle were on patrol from Kishtwar  to Chatroo when a grenade was lobbed on it near Dedpath. There has been no loss of life as grenade missed the target, he said, adding that police have registered an FIR and launched searches in the area.