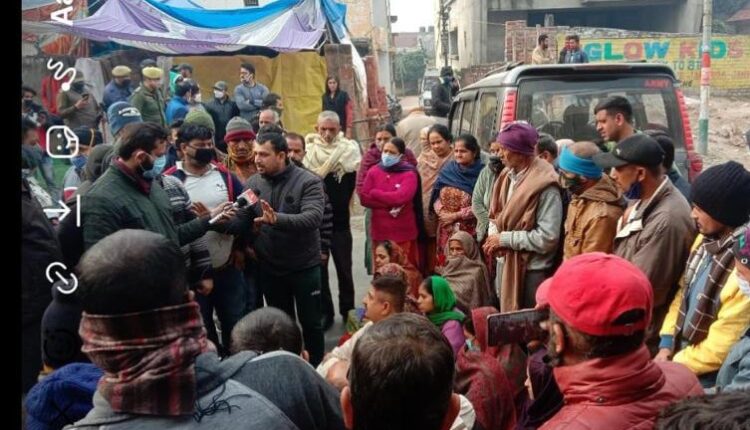 Identified as Mohammad Kaif Lone and Waqas Bashir Lone, both from Bandipore in North Kashmir, SSP Jammu, Shridhar Patil said that due had been staying in Nanak Nagar in a rented accommodation as paying guest. Both had gone to the ATM fir looting the cash and on being resisted by the guard, they attacked him after smothering his face with a blanket.

The body of the deceased, Raju of New Plot area, was found by some locals inside the guard chamber of the ATM in Sector 13 of Nanak Nagar around 10 pm Thursday night. They informed police about the murder, SSP said, adding that investigations in the matter were in progress.

Earlier, family members and neighbours of the deceased ATM guard held a demonstration Friday morning, demanding arrest of his ‘killers’ and financial aid to the victim’s family.

The protestors said that the victim was the lone brother of seven sisters and the only bread earner in his family including aged and ailing parents. He also had a wife and two children, they said, demanding a job for one of the family member in the bank.