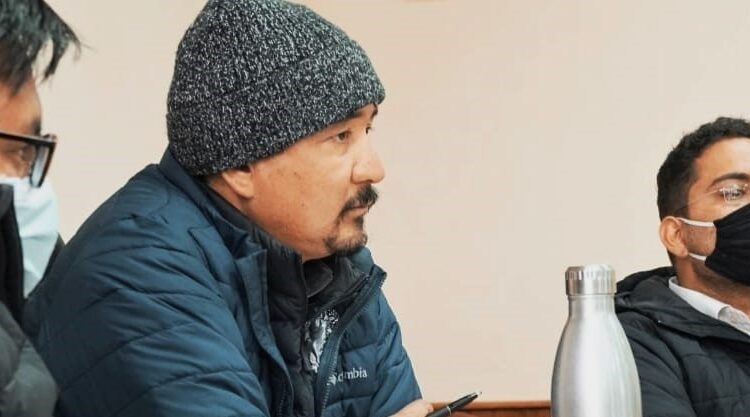 Leh: Chief Executive Councillor of the Ladakh Autonomous Hill Development Council for Leh district, Advocate Tashi Gyalson, on Saturday said that the Hill Council is mulling a ban on top 10 plastic polluting companies if they fail to establish a recycling plant in Leh.

Gyalson made this statement at a meeting convened by him at the Council Secretariat here to review the waste management works under Project Tsangda in Leh district.

DPO Leh, Zakir Hussain informed the meeting that the first phase of the Swachh Bharat Mission (SBM) has been completed with major success in maintaining solid waste management. He also informed the meeting regarding limited funding in SBM as the second phase has initiated from the year 2021- 2024 which will focus majorly on rural sanitation. He also raised the issue of sustainability of the project and discussed various operational models including Public-Private Partnership (PPP) Model.

Rohit Joshi, CEO, Eco-Sage gave a presentation on the current status of the existing Project Tsangda. He highlighted the issues related to incinerating waste and the need for scientific landfill, upgrading of processing units, and storage capacities at the segregation centres of the Project Tsangda.

CEC Gyalson directed concerned officials and consultants to work on a model where the project should be visible to a much larger extent and set an example to the rest of the nation in the management of solid waste. CEC Gyalson and DC Sachin assured financial assistance from the Council in making this project successful throughout Leh district.

The meeting was attended by Executive Councillor for Rural Development, Tashi Namgyal Yakzee, DC/CEO LAHDC Leh, Sachin Kumar Vaishya, ACD Leh, Sonam Norbo, concerned district officers and officials of Project Tsangda, Leh.  Project Tsangda is solid waste management initiative for rural and semi-rural areas of Leh district where during the tourist season of May-August, Leh city alone collects 16-18 tonnes of waste which comes down to 3-4 tonnes during lean winter season. The volume of this local waste generation is on the rise posing a threat to the fragile ecology of Ladakh.