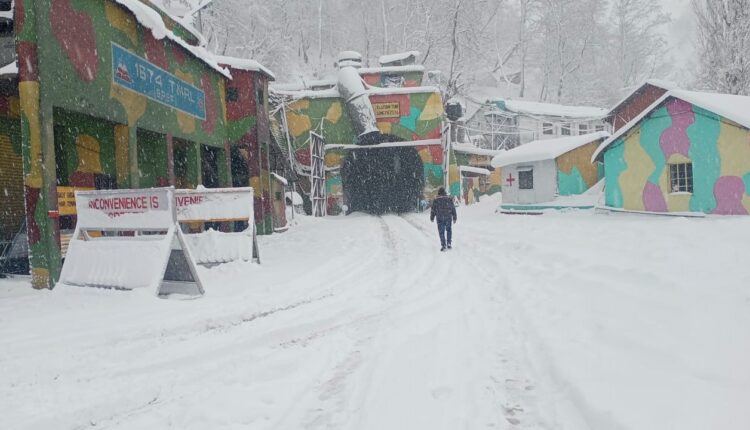 Ramban: The vehicular traffic on the 270Km national highway(NH44) between Jammu and Srinagar came to a sudden halt on Saturday afternoon due to the slipperiness on the road because of snowfall around Jawahar Tunnel.

According to the ADGP,Traffic,J&K,T Namgyal, though today only one way up-traffic from Jammu to Srinagar was scheduled but after allowing some LMVs the Srinagar bound vehicles were stopped from going towards Kashmir valley,at Nagrota,Udhampur,Nashri, Ramban and Banihal later in the morning seeing the growing intensity of snowfall around Jawahar Tunnel.

The shooting stones were also reported from Panthial in Ramsu area.

Hundreds of vehicles mostly the HMVs  were reportedly stranded at Chanderkot, Karol,Ramban and Banihal.

About one foot of snow had accumulated on the road on both ends of Jawahar Tunnel till last reports came in.