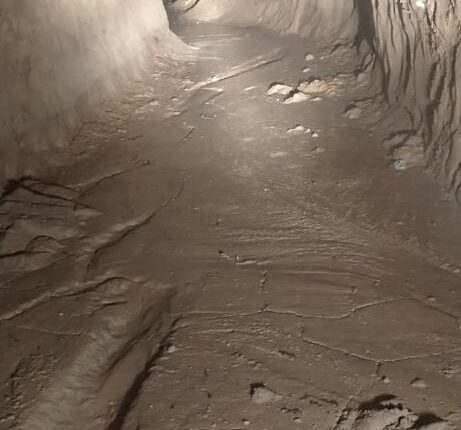 Kathua: Ahead of the Republic Day celebrations, Border Security Force on Saturday morning detected an underground tunnel coming from Pakistan side near the international border in Kathua district of Jammu and Kashmir.

The tunnel has its opening between BP (border post) No. 15 and 15 on the Indian side which fall opposite to Pakistan’s Abhiyal Dogra and Kingre-de-Kothe Border Out Posts in Shakargarh district.

The tunnel, according to BSF officials, is approximately 150 mts long and 30 ft deep. Unlike previous tunnels detected in the past, its dia is much bigger than three ft.

Significantly, BSF had shot down a Pakistani Hexacopter carrying load of weapons and ammunition in June 2020 in the same area. The border guarding force had also foiled an infiltration bid there in November 2019 wherein BSF troops had fired upon the party trying to infiltrate into India.

The latest tunnel in  Kathua district is the fourth detected by BSF in Samba, Hiranagar and Kathua areas in the past six months and 10th in Jammu division so far.

Only last week, BSF had detected a 150 mts long cross border tunnel from Pakistan side in Kathua district’s Hiranagar area and claimed to have foiled a major terror plan to strike in Jammu and Kashmir. ahead of Republic Day. It had also detected a tunnel in Samba district’s Regal area in November last.

The tunnel found in Samba was used by four Jaish-e-Mohammad militants who were gunned down by police and security forces at Ban Toll Plaza on the Jammu-Srinagar national highway near Nagrota three days before the detection of the tunnel.

In view of the continued attempts by Pakistan to aid and abet terror in Jammu and Kashmir, Lt Governor Manoj Sinha had on Thursfay chaired a meeting of Unified Headquarters and reviewed the situation with top officers of the police, army and other security forces and intelligence agencies. The participants observed that while situation in Jammu and Kashmir was under control with no major terror related incident, sustained pressure shall be maintained on militants especially in South Kashmir.  He had asked the police and security agencies to initiate measures in advance for a peaceful summer in Kashmir Valley so as to have an increased arrival of tourists.