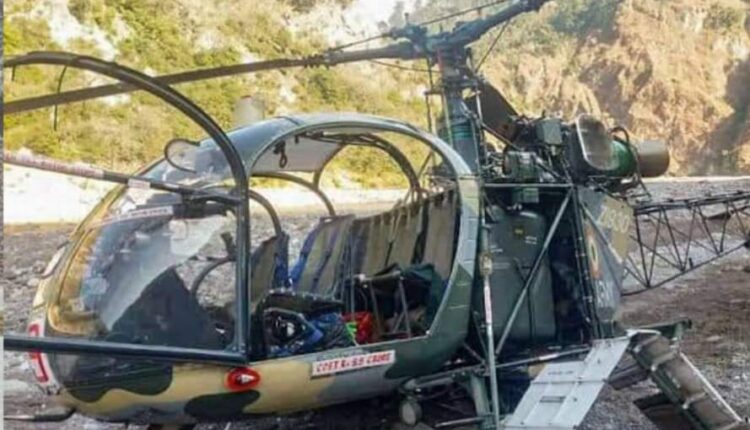 Kathua: An Indian Army’s Dhruv helicopter crash landed inside the Basohli Brigade headquarters near Lakhanpur in Jammu and Kashmir’s Kathua district on Monday evening resulting in injuries to both the pilots.

While there had been no official word from Army, official sources confirmed that the helicopter had “force landed’’. Kathua SSP Shailender Mishra confirmed the incident saying that the details were awaited.

Meanwhile, sources said that the mishap occurred around 7.10 pm soon after it took off from a helipad inside the Brigade headquarters. While gaining height, it suddenly came down injuring its both the pilots.

The injured pilots have been evacuated to the nearby Military Base Hospital nearby, sources said.

According to local shopkeepers in the area, the helicopter’s router had got entangled in the power lines moving over the area. The chopper fell with a huge bang causing panic in the area.

Senior civil and police officers from Kathua district rushed to the spot, but no one was allowed to enter the army area.