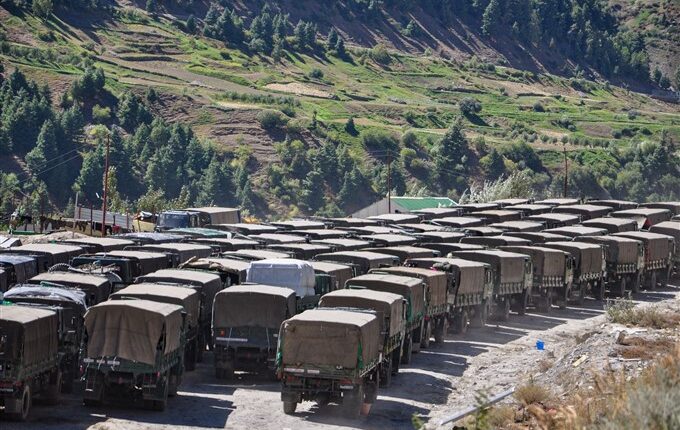 New Delhi: Both the Indian and Chinese armies on Sunday “agreed to push for an early disengagement of front line troops’’ along the Line of Actual Control in Eastern Ladakh.

Pointing out that the 9th round of China-India Corps Commander level meeting was held on the Chinese side of the Moldo-Chushul border meeting pointing, a joint statement issued here said the two sides had a “candid and in-depth exchange of views on disengagement’’ along the LAC in Western Sector of China-India border areas.

“The two sides agreed that this round of meeting was positive, practical and constructive, which further enhanced mutual trust and understanding,’’ it said, adding they also “agreed to push for an early disengagement of the frontline troops’’.

“They agreed to follow the important consensus of their state leaders, maintain the good momentum of dialogue and negotiation, and hold the 10th round of the Corps Commander Level Meeting at an early date to jointly advance de-escalation.’’ the statement said. The two sides agreed to continue their effective efforts in ensuring the restraint of the frontline troops, stabilize and control the situation along the LAC in the Western Sector of the China-India border, and jointly maintain peace and tranquility, it added.

The Sunday meeting between Indian and Chinese armies had taken place after a gap of nearly two and a half month. The eighth round of military talks had taken place on November 6 last during which both sides broadly discussed disengagement of troops from specific friction points, with Indian insisting on the disengagement process to start simultaneously at all the friction points.

Nearly 50,000 Indian Army troops are currently deployed in a high state of combat readiness in various mountainous locations in eastern Ladakh in sub-zero conditions as multiple rounds of talks between the two sides have not yielded concrete outcome to resolve the standoff.