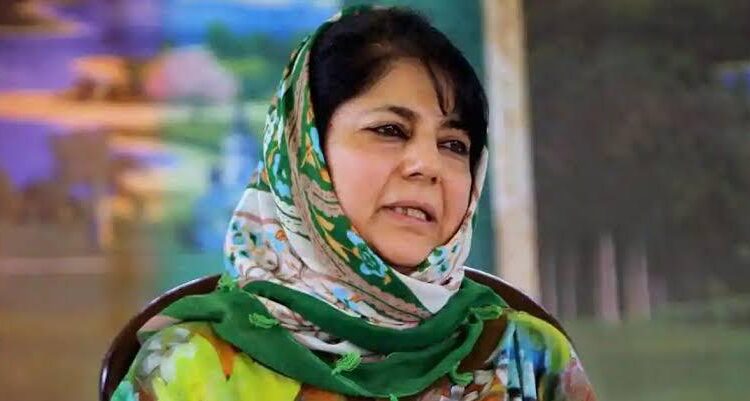 Jammu: PDP chief and former Chief Minister of the erstwhile Jammu and Kashmir State, Mehbooba Mufti, on Thursday described the violence on Republic Day a conspiracy to defame farmers who were agitating against Farm laws.

(He had been with Prime Minister, Home Minister and he had been running the BJP campaign for Sunny Deol) during Lok Sabha elections, PDP chief said, adding that she feels that it has been a conspiracy to defame farmers.)

Pointing out that Republic Day is celebrated to mark the occasion Indian Constitution came into existance in 1950, she asked the Central government to immediately withdraw the Farm laws as these have been enacted without consulting the farmers who today were apprehensive that they may lose everything including their land.

Mehbooba Mufti is here on a week long visit to Jammu division where she will be interacting with party leaders and workers. It is her first visit after the maiden DDC elections in Jammu and Kashmir.