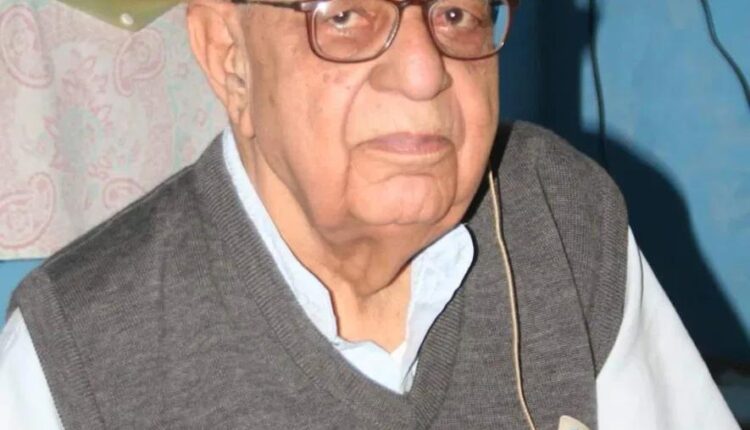 He was 93. He is survived by a son Achal Sethi, Secretary Law Department in Jammu and Kashmir, and Dr Poonan Sethi.

Born in Mirpur on January 1, 1928,  which now forms part of Pakistan occupied Jammu and Kashmir, Sethi was a popular leader there. He also remained  state general secretary of the Democratic Conference.

He was one of the members of the Constituent Assembly from 1951-57 who played a key role in making Sheikh Abdullah, the then Prime Minister of the erstwhile state, bring land reforms abolishing big land holdings, besides waiving off all the debts people owed to money lenders at that time.

While Sadiq joined Congress in 1961, Sethi remained with DNC and again contested the assembly elections from Nowshera constituency in 1962 as well. According to elderly people of the area, he was first declared winner by the then Returning Officer and within 15 minutes later, he was shown to have lost the election to his rival Master Beli Ram of Congress.

Alleging “alteration’’ of the election results by the then Returning Officer under pressure from the then powers at the Centre, Sethi formed Democratic Conference along with Ram Piara Saraf, another communist leader who was then influenced by Naxal movement in India and who too had lost the election in Jammu division. The new party had affiliation with CPI(ML).Sethi and Saraf both went underground, but after some time, former fell apart with Saraf saying that armed resistance had no role in Jammu and Kashmir as the land reforms making peasants its lawful owners had already been introduced there.