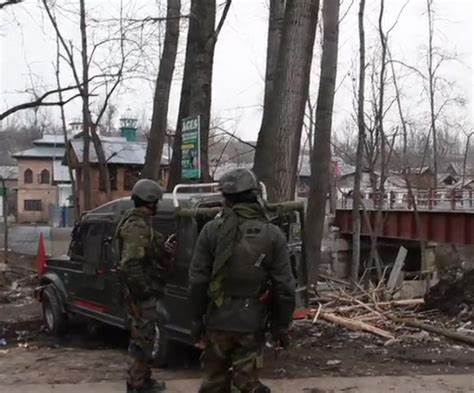 Giving details, a police spokesperson said  a joint cordon and search operation was launched following specific input generated by Awantipora Police regarding the presence of terrorists inMandoora Tral village. During the searches, the presence of terrorists got ascertained and they were given an opportunity to surrender, but they fired indiscriminately upon the joint search party, which was retaliated leading to an encounter.

In the ensuing encounter, three terrorists were killed and their bodies were retrieved from the site of encounter.  They have been identified as Waris Hassan resident of Naibugh, Aarif Bashir resident of Monghama and Ahtishamul Haq resident of Check Noorpora area of Awantipora.

All the slain terrorists were linked with proscribed terror outfit Hizbul Mujahideen.

Incriminating materials including arms & ammunition were recovered from the site of encounter. All the recovered materials have been taken into case records for further investigation and to probe their complicity in other terror crimes.

In this connection police have registered a case under relevant sections of law and investigation has been initiated. People are requested to cooperate with police till the area is completely sanitized and cleared off of all the explosive materials, if any.

As per police records the slain terrorists were part of groups involved in several terror crimes. On January 2 last, Arif Bashir had lobbed a hand grenade on security forces near Bus Stand Tral resulting in splinter injuries to one security force jawan and eight civilians.

Terrorist Waris Hassan along with others was involved in firing upon patrolling party of Awantipora Police on October 5 last year and a case vide FIR No. 140/2021 U/S 7/25 Arms Act 13 UA(P) Act has been already registered in Police Station Awantipora in this regard. The group was also involved in circulating posters of proscribed terror outfit HM threatening public to stay away from elections at Dadsara area on December 2 last. Accordingly, a case vide FIR No. 182/2020 U/S 506 IPC 13 ULA (P) stands already registered at Awantipora Police Station.

IGP Kashmir Vijay Kumar once again appealed the parents of the local misguided youth to come forward and help police in bringing them back as they are always welcome to return to mainstream. He also requested parents to take note of the activities of their wards as gullible youth are falling prey to the anti-national elements through social media.