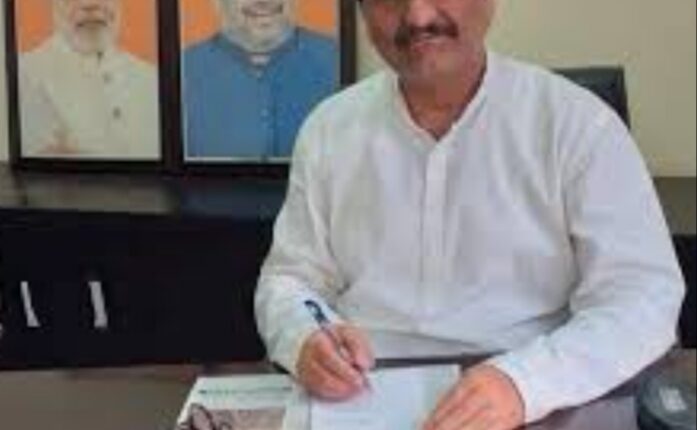 Jammu: Senior BJP and Kashmiri Pandit leader Ashwani Chrungoo on Friday accused PDP chief Mehbooba Mufti of fishing in troubled waters, saying that she likes to enter those areas where she has no role, or a business whatsoever.

She did the same thing even during the Amarnath land agitation, said Chrungoo, who also is the incharge J&K BJP’s Department of Political Affairs and Feedback.

Responding to the statement of Mehbooba Mufti at Jammu that the violence on January 26 was caused by BJP activists and the farm laws need to be taken back by the Centre, he made it clear that the Government of India has been responding to the farmers’ agitation related situation with utmost restraint, patience and transparency out of love and regard for the farmers all over the country. BJP is committed to improve the living conditions of the farmers and a lot of measures have already been initiated by the government in this connection, he added.

In regard to the statements about the KPs made by the former CM recently, Chrungoo said that  “Kashmiri Pandits counted Muftis as symbol of communalism, family feudal politics and nepotism in Jammu & Kashmir always. The developments of February 1986 in the Kashmir valley in regard to the destruction, burning and demolition of temples and shrines are alive in the minds and utterances of the minority Hindu community of Kashmir and will remain as such”. “The scars of 1986, 1989 & 1990, when Mufti Syeed was on key positions to influence the events during his various tenures and responsibilities, are yet ripe for the Pandits. It was during Mufti’s period as the Home Minister that the Pandits were shown the road of mass-exodus and the then Home Ministry looked like a silent spectator rather complacent in the eyes of the people concerned. The kind of politics that PDP and Muftis practiced all along created separatist, communal and family feudal power centres in J&K,” he added.

While referring to various statements about return of Kashmiri Pandits, Chrungoo maintained, “the current focus of the Kashmiri Pandit community is four-dimensional and includes the following four preludes to the resettlement of the displaced community in the valley as per its geo-political aspirations. These include demand of Reservation/Nomination in the J&K UT Assembly through the process of the current Delimitation process, establishment of Special Crimes Tribunal to go into the excesses committed against the Hindu-Sikh minorities over the last 35 years, constitution of a Board for all Hindu shrines and temples in the valley through a piece of legislation in the form of a Bill or Ordinance and elimination of terrorism from the soil of Kashmir on a permanent basis”.

Peace is incidental to elimination of terrorism from whole of Jammu and Kashmir and the security forces and police have been doing a great and commendable job over the last three decades in this connection, he added.