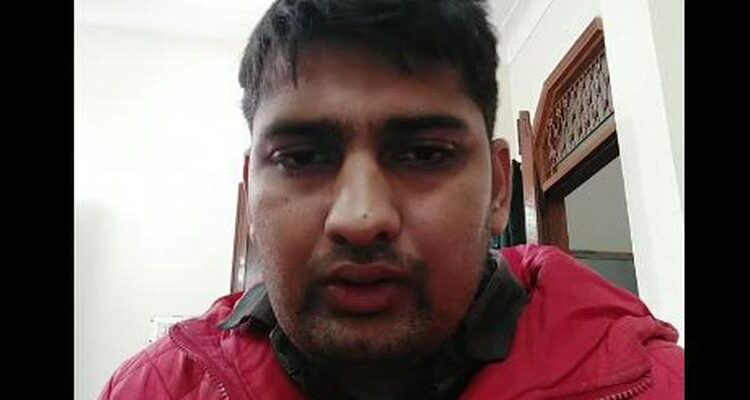 New Delhi: The Delhi police on Sunday detained two journalists Mandeep Punia, a freelance journalist and contributor to the Caravan magazine, and Dharmender Singh of Online News India, from Singhu border where farmers are protesting over GoI’s new agriculture laws.

According to reports, Punia was on assignment for the Caravan, following up on yesterday’s violence at Singhu. The Delhi police had sealed the entry point to the protest site. Newslaundry reported that a local resident wanted to pass through and was in conversation with police personnel when Punia began filming the conversation.

The police reportedly manhandled Punia and took him away, along with Singh, the report said.

The journalists were taken to Alipur police station, under which jurisdiction the area falls, but there is no confirmation as to where they are now, the news organisation reported.

The report quoting eyewitnesses said that Mandeep Punia and Dharmender Singh were ‘beaten up’ by the police and were taken to Alipur police station.

Bal wrote: “We have been informed by addl DCP J. Meena that FIR 52/21 PS Alipur has been filed under sections 186, 332, 353 IPC, we’ll take whatever legal recourse is necessary.  We’ve learnt Mandeep had spent the morning trying to track down those from bjp claiming to be ‘locals’ at Singhu.”

According to another report by Scroll.in, tensions have remained high at the protest site since Friday, when a group of around 200 people barged i. Despite heavy security, threw stones at farmers and damaged their tents. The group claimed to be “locals” of the area, but the farmers have alleged that vandals were BJP supporters.