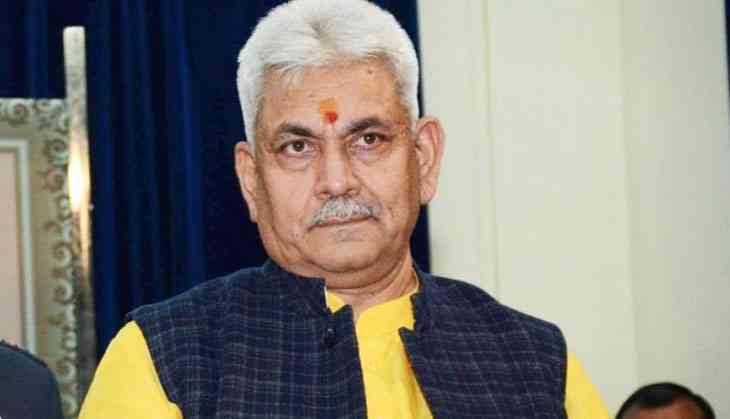 Jammu: UT’s Lt Governor Manoj Sinha here on Monday said that those demanding early assembly elections in Jammu and Kashmir must cooperate Delimitation Commission for completion of the exercise at the earliest.

The Prime Minister has already assured the entire country about it and Delimitation Commission also has started working. “They  shall themselves think that if they want early polls then Delimitation (of Assembly Constituencies) will have to be done,’’ he said while responding to a question about opposition National Conference MPs boycotting the Delimitation Commission’s meeting. To ensure early polls, “they shall help in delimitation work instead of resorting to excuses’’ as only then the elections will be held, he added.

All the three National Conference (NC) MPs including party president and former chief minister Dr Farooq Abdullah had on Wednesday stayed away from the meeting of the Delimitation Commission in New Delhi. In a joint letter to the Delimitation Commission chairperson, retired Justice Ranjana Prakash Desai, they had asked him not to go ahead with the delimitation process as the J&K Reorganisation Act 2019 abrogating Article 370 was under judicial scrutiny of the Supreme Court.