Azad reciprocates; praise PM Modi at a function in Jammu 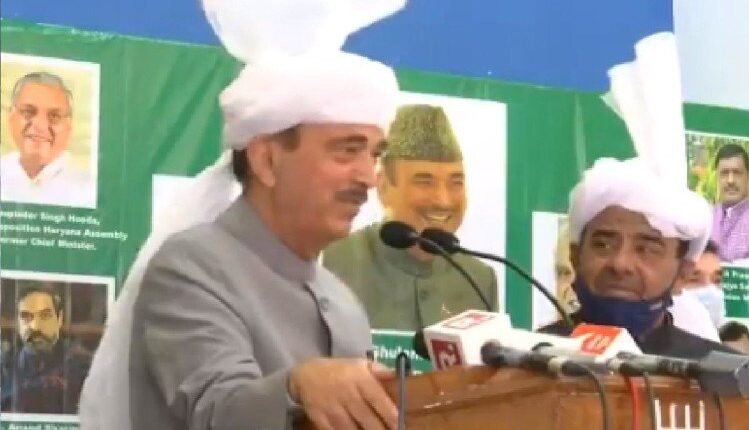 Jammu: In what may be called quid pro quo, senior Congress leader Ghulam Nabi Azad on Sunday showered praises on Prime Minister Narendra Modi for not hiding his true self that he hails from a village and used to sell tea.

Speaking at a facilitation function at Gujjar Desh Charitable Trust here, Azad drew parallels between himself and the Prime Minister, saying that he too hails from a village and has not forgotten his roots.

Turning to Gujjars and Bakarwals present at the function, he said “I don’t say that you shall not do the work of a Kashmiri, Sikh or a Hindu. Do their work, but do not forget your background’’.

“However, one says that I have now become an MLA and now no one shall call me a Gujjar, he said, adding other says (don’t call me) villager.

`I like a lot of things about many leaders. There are many big leaders. Even our Prime Minister hails from the village and he used to sell tea. We are political rivals, but I appreciate that he does not hide his true self,’’ he added.

If you hide your true self then you live in an artificial world, he said, adding one should be proud of it. “I am also from the village and I feel proud of it. I have travelled the whole world and I have stayed in 5-star and 7-star hotels, but the scent of the people who belong to my village is unmatched,’’ he said.

Significantly, Azad praised PM days after the latter had got emotional while appreciating him on his retirement from Rajya Sabha.