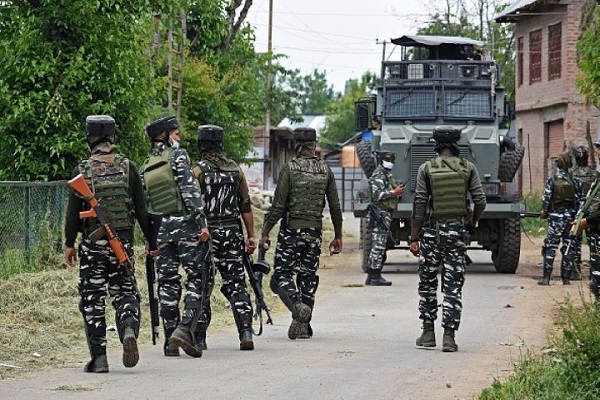 Srinagar : The security forces Sunday claimed that they have recovered a US-made M-4 carbine and 36 armour piercing rounds from a slain terrorist killed during an encounter in Shopian’s Rawalpora area.

Army on its official Twitter handle wrote that they have recovered US made M4 Carbine, 3, Magazines, 36 Armour piercing rounds and Rs 9600, according to a Kashmir based news agency.

Pertinently, a top police officer had told the news agency on Saturday that a Jaish-e-Muhammad commander Sajad Afgani was believed to be trapped in the Rawalpora encounter.

However, final official confirmation whether the slain militant is Sajad, is yet to come as police is ascertaining the identity.

An official said that search operation is still on in the area and may take a while. It may be recalled that M-4 US made carbines have been recovered from Jaish militants only in the past during gunfights across the valley.

Parliamentarians to honour Shahid Iqbal, Shailendra Mishra among others