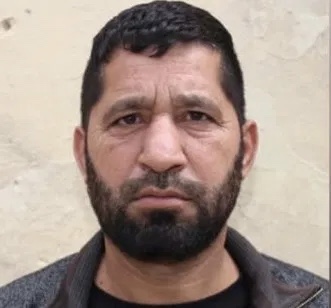 Jammu: The Crime Branch Jammu on Thursday claimed to have arrested a West Pakistan refugee hailing from Chak Santhal of Sialkote district of Pakistan for his involvement in fabricating a fake PRC (Permanent Resident Certificate) after hatching criminal conspiracy with the Revenue Authorities concerned.

A spokesperson said that the CB Jammu one Prabhakar Singh alias Shoki son of Late Lakhan Singh, a residents of Kot village of Jammu originally hailing from Chak Santhal of Sialkote district of Pakistan.

According to the statement, Singh has also been accused of grabbing forest land by mowing down trees by use of heavy machinery for cutting and levelling. “The accused was detained under PSA in Kot Bhawal Jail Jammu for his unlawful activities. Crime Branch Jammu approached the Hon’ble Court of Special Judge anti-Corruption, Jammu for his custody.”

It reads that accordingly, the accused was arrested on March 16 after taking his custody from Central Jail Kot Bhalwal.

“The case owes its origin to a written complaint lodged by Munir Ahmed S/o Sh. Ahmed Din R/o Qtr. No. 2 Ahata Amar Singh, opposite old PHQ, Palace Road, Jammu, alleging therein that the accused Parbhakar Singh, Prem Singh, Kuldeep Singh, Deep Singh all sons of Late Lakhan Singh and Mst. Baby Bala D/o Late Lakhan Singh, were basically West Pakistan Refugees and in the year 1947 Jaggat Singh father of Lakhan Singh migrated to India and settled in Punjab where Punjab Government allotted him land in village Bela Tajowal Tehsil Garh Shanker Gurdaspur, Punjab and after the death of Jaggat Singh, Lakhan Singh sold his land and migrated to village Kot in Jammu where he managed a Permanent Resident Certificate for himself as well as his children by fraudulent means and got employment in Power Development Department.”

The statement read that the accused was Sarpanch of Panchayat Halqa Kot when PSA was slapped against him. “The accused was produced before the Hon’ble court of Law and his Police remand has been sought for further investigation of the case,” it reads.