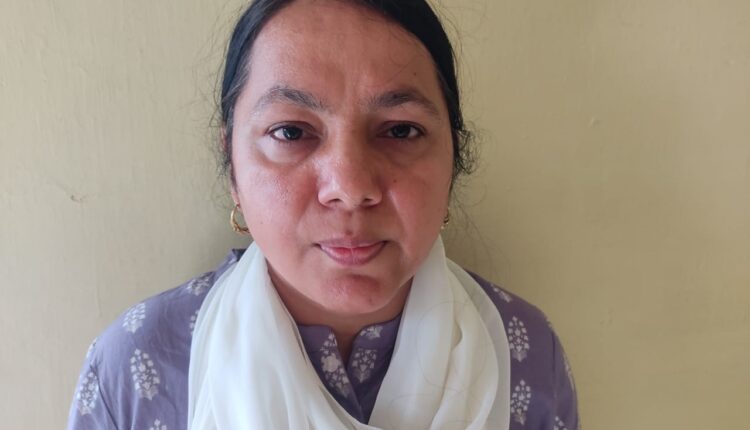 Jammu: A couple from Delhi, who were already facing charges of fraud in different states, were on Friday arrested by Crime Branch here for allegedly duping a local of Rs 50 lakh for getting him a franchisee for opening a lab under SERA brand at Jammu.

The accused were not cooperating in the investigation of the case and constantly evading arrest by changing their locations for the last two years, the statement said, adding that they were finally arrested to face the investigation. During the investigation of the case it has been found that the accused are involved in duping and cheating many people on the same pretext for which six criminal cases stand registered against the accused in different states including Gurugram, Mohali and Jullundhar in Punjab, Allwar in Rajasthan, Vikaspuri Delhi, apart from Jammu.

Giving details, Crime Branch officials said that a written complaint was lodged by Naman Singh Bali of Rolki Bakshi Nagar, Jammu, alleging that the accused visited his house and allured him for getting franchisee for opening the lab under SERA brand at Jammu. They told him that he will have to pay a total sum of Rs 50 lakh to become the franchisee and open a medical laboratory under the SERA Brand and of this, Rs. 35 lakh would be non-refundable franchisee fee and Rs 15 lakh refundable security deposit.

The accused, according to the complainant, further told him that SERA would give him payout of 25 per cent of the total billing of Lab revenue, or minimum assured return of Rs 1 lakh per month inclusive of all taxes whichever is higher. In pursuance of the aforesaid assurance given by the accused the complainant agreed for obtaining the said franchisee and opening the Lab under SERA Branch at Jammu.

On the advise of the accused, the complainant obtained the premises on rent at 41 Bakshi Nagar, Jammu. Harmohinder Singh represented himself as Chief Operating Officer and authorized signatory on behalf of SERA to enter into agreement and he accordingly executed an agreement on behalf of the company with complainant which was duly registered by Sub Registrar-IV (2nd Addl. Munsiff), Jammu.

In pursuance of said agreement, the complainant paid an amount of Rs 50 lakh on different dates. The accused were produced before the Hon’ble Court of law and their Police remand has been sought for further investigation of the case.