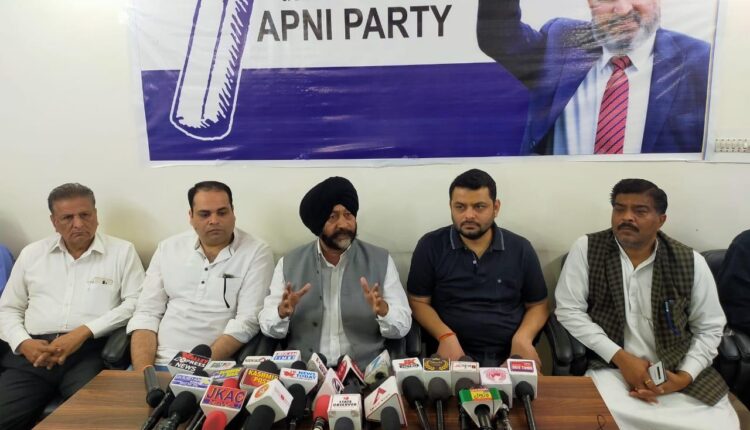 Jammu: Jammu and Kashmir Apni Party is going to hold demonstration at all the districts across the Union Territory on Saturday so as to press UT administration roll back its existing geology and mining policy.

Addressing a press conference here, party’s provincial president Manjit Singh said the mining mafia has adversely affected construction work as they have increased the price of the construction material. The government should ensure people get construction material like sand, bajri, and RBM on genuine rates, he said, adding the rates are higher and there is no authority to control them,” said Manjit Singh.

Alleging that the administration and mining mafia are in hands in gloves, he demanded the Lt Governor to order a probe into it and appoint a committee to review the charges of construction material. He said that mining mafia with the help of local administration does not allow locals to work in mining and they have engaged non-locals.

“There is strong resentment among the people and there is growing demand in all the districts of Jammu Division like that there should a monitoring authority in mining to ensure transparency and check rates being charged to the people so that they do not escalate,” he demanded. He said that with the hike in construction material, the cost of constructing house has increased and poor people are not able to buy the material.

The mining mafias are charging more from the people than the rates fixed by the government which are almost double in comparison to last year. He said that the Geology and Mining Department has turned blind eyes towards the non-local contractors who are exploiting the resources which has damaged ecology and affected ground water level.

Apart from this, there are also complaints of ground water dropping due to unplanned and unscientific mining against the set rules.