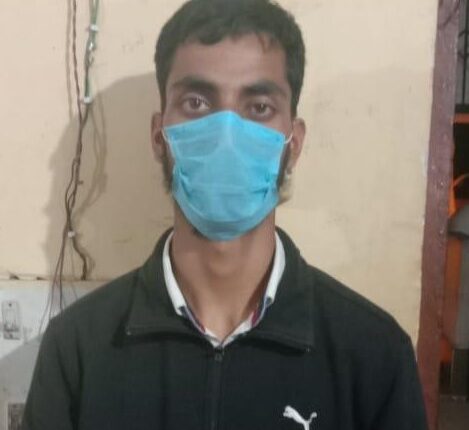 Jammu: Special Operation Group of Jammu and Kashmir Police on Sunday arrested a terrorist carrying a pistol along with eight rounds and cash worth Rs 1.13 lakh, and claimed to have averted a major terror attack in the Union Territory.

Giving details, they said that SOG Jammu had laid a naka at Jhajjar Kotli along the Jammu-Srinagar national highway following specific inputs. During checking of vehicles around 7 pm, one person tried to flee from the spot. The SOG personnel chased and apprehended him. During checking, they found pistol along with ammunition and cash from his bag.

Pointing out that he had received delivery of weapon and cash to further carry out terror strike in the UT, sources said that initial investigations revealed that he was in touch with more operatives of ISJK module. Further investigations in the case are in progress and a case under sections 13,17,20 & 23 ULA(P) Act has been registered at Jhajjar Kotli Police Station.