Over Rs 2.50 lakh including demonetised notes of Rs 500 found at beggar’s shelter in Nowshera 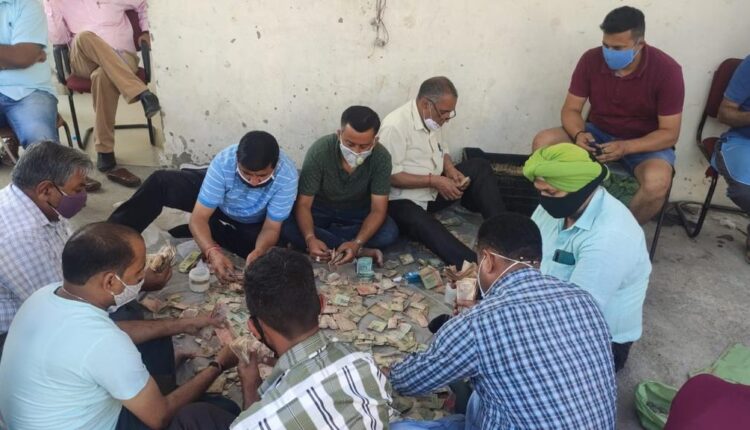 Nowshera: A curious case of a homeless female beggar amassing an over Rs 2.5 lakh surfaced in border Nowshera town of Jammu and Kashmir’s Rajouri district on Tuesday.

Additional Deputy Commissioner of Nowshera Sub Division, Sukhdev Singh confirmed that they have recovered currency notes and coins worth over Rs 2.5 lakh in various denominations from the temporary shelter of the beggar outside government run veterinary hospital.

The lady had been staying under a temporary tent outside the hospital for past nearly two decades. She used to beg for making both ends meet.

According to Additional Dy Commissioner, the administration on Monday shifted five beggars including her to a government run resettlement home at Rajouri to ensure them food and shelter during pandemic.

On Tuesday, some staff of the local Municipal Council started packing their belongings for safe custody and in the process came across huge currency notes and coins of various denomination packed in various plastic bags in the shelter of female beggar. They immediately informed the local municipal councilors who came to the spot.

Additional Dy Commissioner too arrived there after hearing about it. The revenue and municipal staff started counting those notes and coins.

“We will give the old currency notes to the bank for change and then hand over the entire amount to the lady,’’ he added.

In a review meeting chaired by PM Narendra Modi today, it was decided that Class XII Board Exams would not be held this year, in view of the uncertain conditions due to COVID and the feedback obtained from various stakeholders