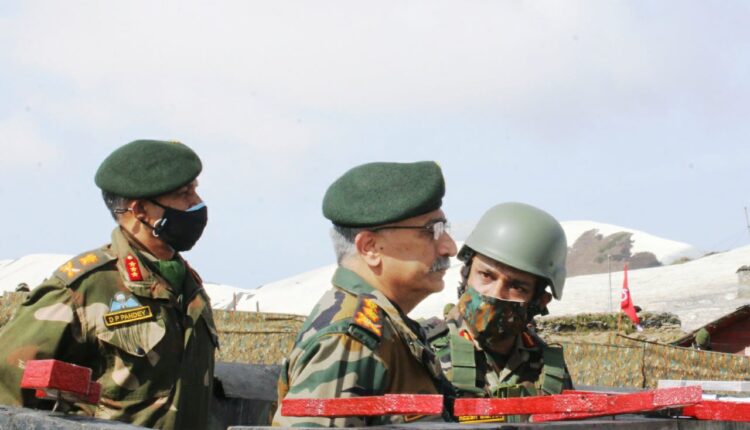 Srinagar: Indian Army Chief General M M Naravane on Thursday said that while ceasefire along the Line of Control is holding between India and Pakistan, there have been very few terrorist-initiated incidents and stone-pelting cases in Jammu and Kashmir which indicate return to “normalcy” in the Union Territory.

Talking to media persons here, he also said that the Army was ready for Amarnnath yatra and it has taken all necessary steps. However, the decision to conduct the annual pilgrimage to the cave shrine lies with civil administration.

“After a long time, we have reached a situation where peace and tranquility prevails,’’ the Army Chief said, adding “my message to youth is that only if there is peace, we can have development, then we can prosper together. Shun this path of violence and embrace the future”.

Pointing out that ceasefire between India and Pakistan was holding along the LoC for the past over three months, General Naravane said that “we cannot slacken ourselves’’ as terror infrastructure on the other side of the LoC continues. The onus to maintain ceasefire is entirely on Pakistan as they only initiate the firing making Indian Army to retaliate, he added.

“There have been decades of mistrust between Pakistan and India, the situation can not change overnight. If they continue to observe the ceasefire, stop and desist from pushing terrorists across India then these steps will incrementally build up trust. The onus is entirely on Pakistan,” he added.

During his 2-day visit to Jammu and Kashmir, Army chief Gen Naravane reviewed the security situation along the LoC. Local Commanders briefed on security situation and measures taken to foil infiltration by terrorists. He interacted with and complimented troops for morale and high state of operational preparedness.

Earlier, COAS accompanied by Lt Gen YK Joshi, the Northern Army Commander and Lt Gen DP Pandey, Chinar Corps Commander visited the formations and units, wherein the local Commanders briefed him on the existing security situation and the measures instituted to foil infiltration by terrorists from Pakistan Occupied Jammu and Kashmir. The Army Chief interacted with the troops and complimented them for their high morale and the high state of operational preparedness.

While appreciating the current state of peace prevailing along the Line of Control, he cautioned all commanders and troops to not let their guard down and to remain prepared to meet any emerging security challenges effectively. The Army Chief also complimented all Government agencies for their close coordination in maintaining peace in the region and reaching out to the people wholeheartedly to combat the spread of the COVID-19 pandemic.

PM Modi reviewed India’s Olympics preparations today. He was apprised about various steps taken towards ensuring uninterrupted training for athletes amidst the pandemic, participation in international competitions to win Olympic quota, vaccination of athletes among others