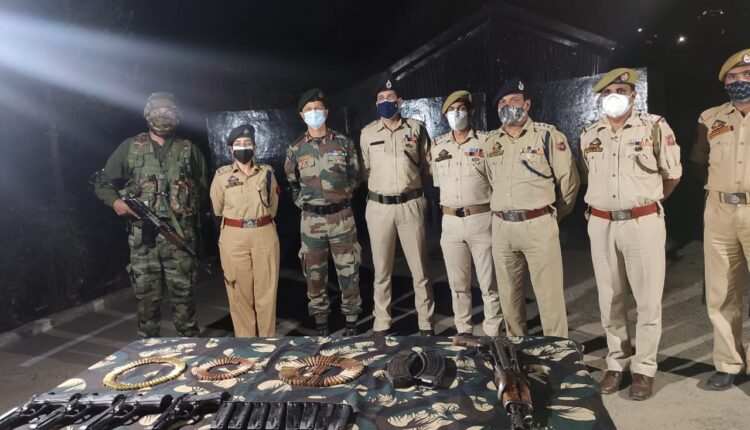 Giving details, sources said that the weapons were being smuggled in a dumper which was stopped for routine checking by police at Lower Munda crossing.

The apprehended terror associates have been identified as Zahid Nabi and Mehraj-u-din of Pulwama.

Police have registered a case and begun investigations.

On Friday, police and security forces had recovered an Ak-47 rifle along with two magazines, four pistols along with eight magazines besides 158 bullets in Rajouri district.