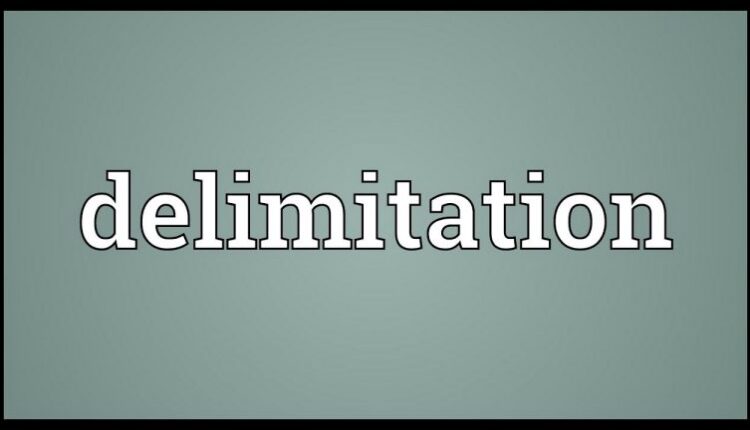 NEW DELHI: The delimitation commission tasked with redrawing parliamentary and assembly constituencies in Jammu and Kashmir is likely to hold an internal meeting on Wednesday to finalise its plans on consultations with political parties soon.
At a meeting with leaders of mainstream political parties from Jammu and Kashmir last week, Prime Minister Narendra Modi had stressed that the delimitation exercise has to happen quickly so that polls can be held in the union territory.

The three-member delimitation commission headed by former Supreme Court judge Ranjana Desai was appointed in February last year. It could not complete its work within the allotted time of one year and has now been given an extension of one year.
A full meeting of the commission including its associate members such as Lok Sabha MPs from Jammu and Kashmir is likely to take place soon. The date for such a meeting will be firmed up on Wednesday.
Of the state”s mainstream parties, the National Conference, which has won all the three Lok Sabha seats from the Kashmir Valley, had earlier decided to stay away from the proceedings of the commission contending that there was no need to redraw the constituencies at this stage.
However, there are indications that the party is having a re-think and has recently authorised its president Farooq Abdullah to decide whether to participate in the deliberations of the commission.
The prime minister, during the June 24 meeting, had said the ongoing delimitation exercise in Jammu and Kashmir has to happen quickly so that polls can be held to install an elected government that gives strength to its development trajectory.
In a series of tweets after a three-and-a-half-hour-long meeting with 14 political leaders of Jammu and Kashmir, the prime minister said, “Our priority is to strengthen grassroots democracy in JK. Delimitation has to happen at a quick pace so that polls can happen and JK gets an elected Government that gives strength to JK”s development trajectory.”
The delimitation exercise has attained an urgency amid indications that the Centre is keen to hold early assembly elections in Jammu and Kashmir.
There is speculation that the polls could be held in the next six to nine months.
They said the delimitation commission will review the progress made so far, including the consultations held by it last week with all deputy commissioners of Jammu and Kashmir on restructuring of the existing assembly constituencies and carving out seven new seats early this month.
At the meeting with the deputy commissioners on June 23, inputs were gathered on how to make the assembly seats more geographically compact.
The meeting to be held in the Election Commission (EC) on Wednesday will be chaired by Justice (retd) Ranjana Desai and attended by senior functionaries of the poll panel. The other members of the commission are the Chief Election Commissioner and Jammu and Kashmir”s Chief Electoral Officer.
After the delimitation exercise, the number of assembly seats in Jammu and Kashmir will go up from 83 to 90.
Twenty-four seats of the Assembly continue to remain vacant as they fall under Pakistan-occupied Kashmir (PoK). (Agency)

Thanking Sangat for extending such a welcome to Sikh daughter, Manmeet Kaur from Srinagar, who was forcefully converted but she has regained her freedom. She has come to Delhi with us today to take blessings&thank Sangat for supporting her family: Manjinder S Sirsa, SAD leader