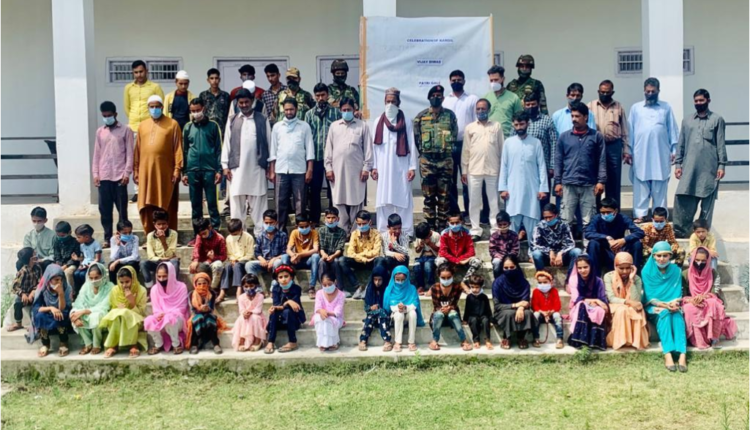 Jammu: Indian Army under the aegis of Headquarter Romeo Force celebrated the  22nd Anniversary of the victory in Kargil War as “Kargil Vijay Diwas” with pride and honour at GHS Dharana, Tehsil-Mendhar, GHS Thanamandi, Tehsil-Naushera and Daraba. The day is celebrated to honour the sacrifices made by Indian soldiers during the Kargil War in the summer of 1999. The event is celebrated every year to commemorate the victory of Indian Army over Pakistani intruders in Kargil.

The multifarious activities like motivational lectures, tree plantation and display of audio and videos on Kargil Vijay Diwas also organised to encourage the youth and students.

The event was also attended by a large number of retired service personnel, prominent AWAAM of the region who also paid their homage to the martyrs of the Kargil War by laying wreath. The event ended with All Ranks of the Army taking an unflinching resolve to maintain the integrity and sovereignty of the nation at all costs.