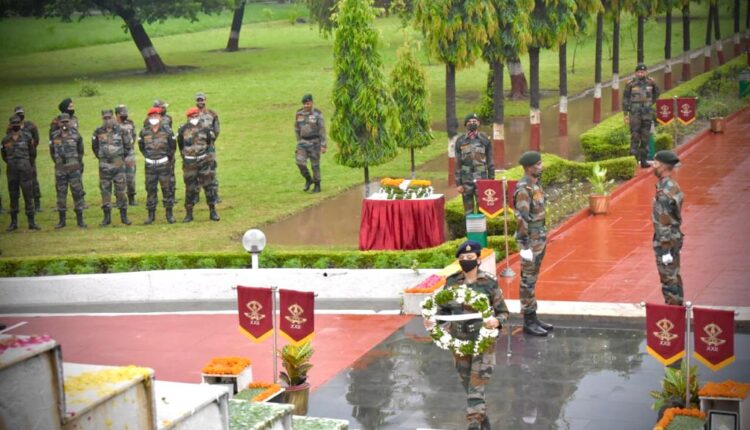 The event commenced with Wreath Laying Ceremony at ‘Tiger War Memorial’ in presence of GOC, Tiger Division, General Neeraj Gosain. Wreath was laid by Lieutenant Colonel Rishma Sarin wife of Major Mohit Sharma, Ashok Chakara, Sena Medal who sacrificed his life in the service of the nation during an encounter with terrorist in 2009.

It was also proud moment for the Tiger Division wherein Commanding Officer and Subedar Major of Batalik Battle Honor Paltan also laid wreath to the martyrs of the Kargil War Heroes. In addition ‘sewing machines’ were also presented to the ‘Veer Naris’ of Kargil War Heroes by Miran Sahib Brigade of the Division.