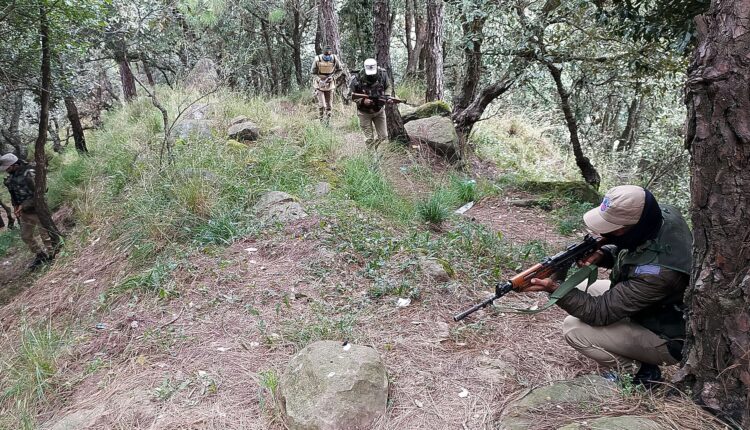 Identified as Zia Mustafa, the Pakistani militant was brought to the encounter site in Mendhar from the high security Kot Bhalwal Jail at Jammu by the police for guiding them to the militants hideout in Bhata Durian forests in Mendhar tehsil. He knew the location of their hideout as he had been in touch with militants holed up in Bhata Durian forests despite his being in the jail, sources said.

While the injured police men and the soldier were evacuated to the hospital, the injured militant could not be retrieved back in view of intense firing from militants, sources said. Later, during the subsequent operation, additional reinforcements were sent and the dead body of Zia Mustafa was retrieved from the encounter site, police said. Operation is in progress, it said, adding the legal process has been initiated.

Sources said that Mustafa, a Pakistani owing allegiance to Lashkar-e-Toiba militant outfit was, handed over to Jammu Kashmir Police on transit remand following an order by Principal District and Sessions Judge, Shopian. A police party from Mendhar had come to take his custody saying that he was wanted by them for questioning in a case, they added.

Mustafa, who was caught by the security forces in South Kashmir in 2003, was brought to the high security Kot Bhalwal jail in Jammu from Udhampur two-three months ago as he had been allegedly using a SIM card there to remain in contact with militants active outside the jail.

Four soldiers including a JCO were killed during fire fight with militants in Bhata Durian forests on October 14 evening. Since then, the security forces and police have cordoned the area from all sides and launched joint searches to flush out the militants.

Earlier on October 11 morning, five soldiers including a JCO were killed in gun fight with militants in Chamrel forests near DKG in Surankote tehsil of Poonch. Police believe that militants involved in both the killings are the same.

The police have so far detained eight people including a 45-year-old woman and her son on suspicion of providing logistics.

The Army Chief, General M M Naravane had visited Jammu division for two days early this week to take stock of the situation and also operational preparedness of troops along the borders and in the hinterland. Earlier, Additional Director General of Police, Jammu, Mukesh Singh, had visited the area.

No one will be able to disrupt development of J&K; says Amit Shah