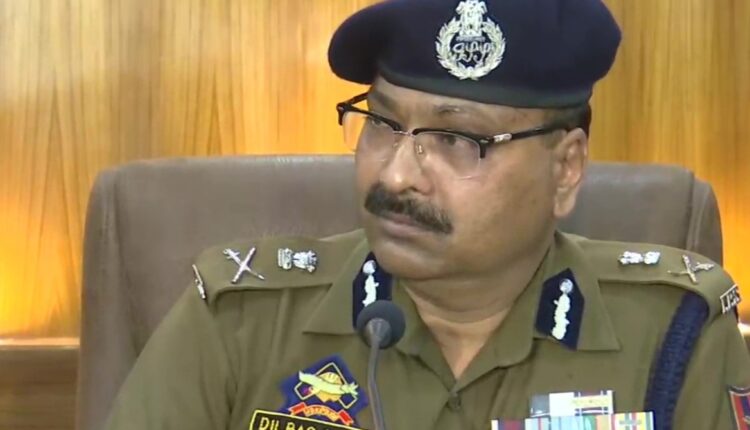 JAMMU, NOVEMEBER 25: Director General of Jammu and Kashmir Police Dilbag Singh on Thursday said that some people were trying to portray terrorists killed by police as innocent people.

Talking to media persons here, he took a swipe at former Chief Minister and PDP president Mehbooba Mufti for casting aspersions on Rambagh encounter in which three terrorists were killed, saying that one of them, Mehran “suddenly becomes innocent’’ after killing so many innocent civilians including School Principal Supinder Kour and teacher Deepak Chand. Two others killed with Imran in the encounter of Wednesday included Arafat and Manzoor.

While Mehran was a resident of Srinagar’s downtown area, the last two hailed from Pulwama district and they, before joining Mehran as his associates, had been working as over ground workers (OGWs) of Abbas Sheikh, slain chief commander of The Resistance Front (TRF) which is an affiliate of Lashkar-e-Toiba, DGP said.

Replying to a question seeking his reaction to Mehbooba Mufti’s statement causing aspersions over Rambagh encounter by police, J&K Police chief without naming anybody said that “there are people in the civil  society who somehow understand the reality, but try to say something which is away from the reality. There are many people who are on social media who are trying to cast aspersions on the killing of terrorists’’.

“Unfortunately there are people who have started looking at the killers as innocent people,’’ he said, adding that in the yesterday’s encounter, three terrorists have been eliminated. “If you look at what Mehran had been doing when he became active was earlier working as an associate of Abbas Sheikh. He is the one who had been providing all kind of logistric support to Abbas when he was active in Srinagar city and elsewhere.

He is responsible along with his associates for the killing of a police sub insector Arshad, a grenade attack on June 26 last at Barbarshah in which one innocent civilian was killed and three others injured, besides He the killing of Imran Ali Sheikh, a resident of Nawakadal in Srinagar, and the killing of school principal Supinder Kour along with teacher Deepak Chand.

“So he suddenly becomes innocent after so many killings,’’ DGP said, adding “I think it is high time that people look at the reality without mixing it with their imagination etc. The encounter has brought relief to the people who have lost their dear ones’’.

Regretting that some people are unfortunately speaking in media trying to prove them (slain militants) as innocent, he said “Everybody talking nonsense, I think it is absolutely not justified’’.“My advice is that these people stop double speak, leave seeing through black lens, try to see the reality and not portray the killers as innocents,’’ he added.

The UT Police chief said that the police, except for one Basit of Kulgam, have killed all the terrorists responsible for targeted killing of innocent civilians. An over 20 terrorists have been killed in dozens of operations after the targeted killings, he said, adding that hunt has been on for Basit as well.

Earlier, Additional Director General of Police for Jammu, Mukesh Singh, said that police have seized 52 kgs heroin near Jhajjar Kotli on the Jammu-Srinagar national highway from a Punjab bound truck coming from Kashmir Valley. While the truck driver managed to escape, one person has been apprehended, he said, adding that the driver too has been identified.

The consignment was picked up from Srinagar, he said, but refused to divulge details adding that investigations were in progress.

He said that police during the last two years have seized 180 kgs heroin valuing Rs 360 crore in the international market. A total of 1500 people have been arrested including six detained under Public Safety Act, besides Rs 2.5 crore drug related money seized during the period.