Terror will not end only by killing terrorists; says LG Manoj Sinha 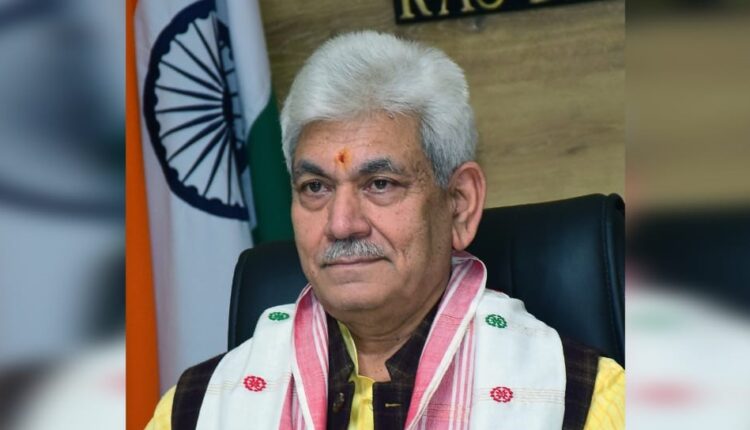 JAMMU, DECEMBER 2: Jammu and Kashmir Lt Governor Manoj Sinha on Thursday said that terror will not end only by killing terrorists.

“The terror will not end unless its entire eco system is finished,’’ he said at a programme organized by a national TV Hindi news channel.

Pointing out that after a long time, there has been a government in the country which wants to finish the eco system of the network of terror, he said there is confusion in it. “Neither the Centre nor we believe in buying peace, but we want to establish peace,’’ he said, adding that “we are working in that strategy’’. “The way security forces are operating in a coordinated manner, I am confident that if this continues, the day uis not far off when Kashmir will be free of terror,’’ he added.

SC to list petitions challenging abrogation of Art 370 for…

A committee headed by Chief Secretary has been set up to examine such cases, LG said. Pointing out that some people found involved in terror related activities have been sacked, he said the services of such people will be terminated in future as well.

This condition had been there even in the recently filled up 11,000 job vacancies, he said referring to the process of  character verification of the new recruits to rule out their involvement in such cases.

When asked about the suggestion of NC president Farooq Abdullah and PDP chief Mehbooba Mufti to the Centre for holding talks with Pakistan, Sinha said “our government policy is very clear that we will talk with the people including youth of Kashmir and take them into confidence’’. Pointing out that “Jammu and Kashmir is an integral part of India and its people are ours and we belong to them’’, he said “I do not see ay scope for the third in between them’’.

About the demand for restoration of statehood, he said that Prime Minister Narendra Modi and Home Minister Amit Shah have already made it clear that there will be first delimitation followed by assembly elections and thereafter statehood will be restored. However, the job which is to be done by the Parliament will be done onl by it, he said, adding that those raising this demand shall understand it.

He referred to various development programmes initiated by the government in the UT, saying that these were testimony to fast changing Jammu and Kashmir.