Opposition in country isn’t up against just BJP but ‘authoritarian’ government too, says Mehbooba 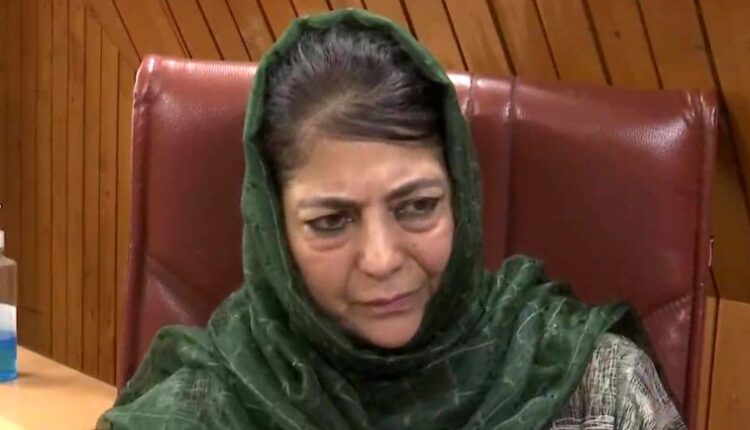 SRINAGAR, Aug 9: PDP president Mehbooba Mufti on Tuesday said opposition parties in the country were not up against just the BJP but an “authoritarian” government that is “weaponising” state institutions to ensure an opposition-free India.
”The predicament Nitish Kumar & opposition parties find themselves in isn’t just because they are facing BJP. Instead, they are facing the might of an authoritarian government that’s weaponising every agency be it NIA, ED, CBI etc to ensure an opposition-free India,” Mehbooba tweeted.
She said for Jammu and Kashmir, the damage is not restricted to only political parties.

It is far worse as the state has been butchered and disempowered unconstitutionally. Exactly why parties here looked beyond political differences to forge an alliance in the form of PAGD, the PDP chief added. (Agencies)

J&K | Shia Muslims during a religious procession on the tenth day of the mourning period of Muharram, which marks the day of Ashura, in Jammu.