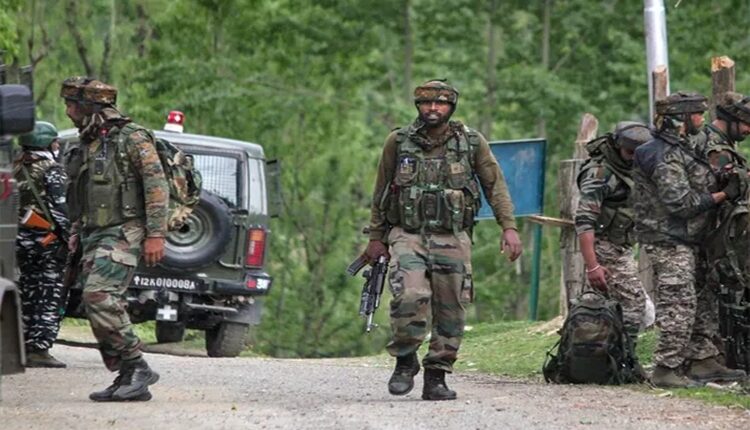 Three army men martyred in exchange of fire with militants.

Three soldiers too got martyred in exchange of fire with the militants, sources said.

Paharis too will get reservation with Gujjars and Bakerwals;…

Meanwhile, the Nagrota based White Knight Corps in a tweet said that “2 terrorists trying to sneak into a post in the dark at Pargal #Rajouri were detected and engaged by alert troops”. “The terrorists have been neutralised. 5 soldiers also suffered injuries and are being treated “ it added.

Giving details, Additional Director General of Police, Jammu, Mukesh Singh said that “someone tried to cross the fence of the Army camp at Pargal in Darhal area of Rajouri”. Exchange of fire took place in which two militants were killed, he said.

Additional reinforcements have been rushed to the location, 6 km from Darhal Police station.

The attack came on the occasion of Raksha Bandan and ahead of the coming Independence Day celebrations. The police and security forces have already been on high alert in view of coming I-Day.

Tibetan spiritual leader Dalai Lama flew in an IAF Dhruv helicopter from Air Force Station Leh to Lingshet. He was received by Air Cmde PK Srivastava, AOC Leh. His Holiness showered his blessings on all air warriors of the station: PRO Defence Srinagar

Paharis too will get reservation with Gujjars and Bakerwals; says Amit Shah