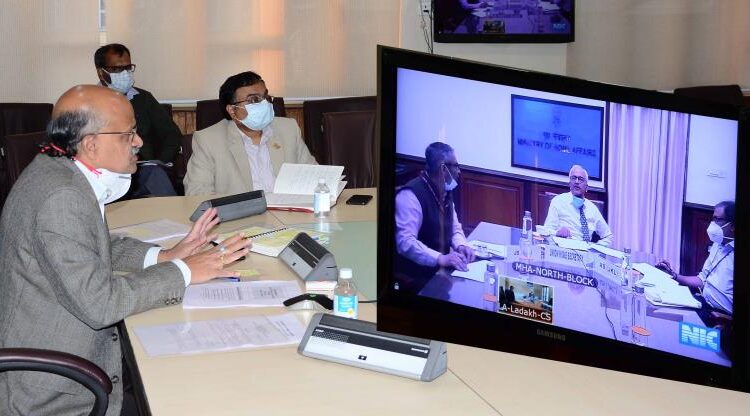 SRINAGAR, October 22: The Union Home Secretary, Ajay Kumar Bhalla, today chaired a high-level meeting to review the apportionment of assets and liabilities between the two Union Territories of Jammu & Kashmir, and Ladakh.

During the meeting, detailed deliberations were held on the recommendations of the Advisory Committee on Division of Assets and Liabilities between the two newly constituted union territories.

Meanwhile, the Chief Secretary, J&K, apprised the Union Home Secretary on Jammu & Kashmir’s stand on various issues related to the apportionment of assets, and liabilities.