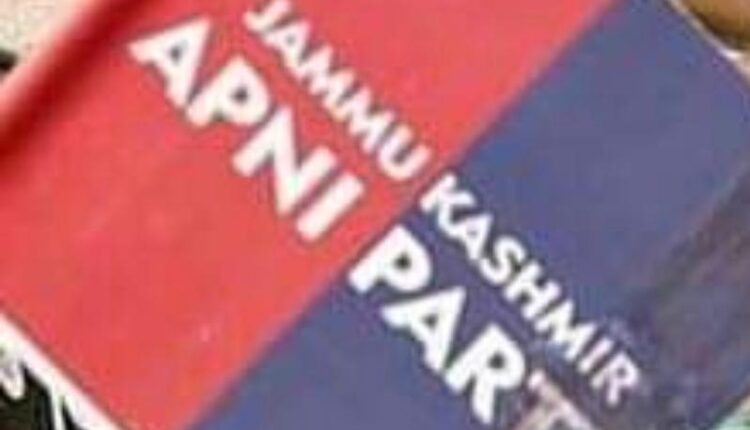 Jammu, October 29: Protests over new land laws opening sale of land in the Union Territories of Jammu Kashmir and Ladakh to even outsiders continued in Jammu for the second day on Thursday as well, with hundreds of Apni Party workers making an unsuccessful attempt to march to civil secretariat here.

Earlier the Apni Party workers held demonstration outside the Press Club here raising slogans against BJP and describing the new land laws for both the UTs as “Black Laws’’ demanded their immediate roll back. Later, they took out a rally towards civil secretariat, but hardly had covered 50 mts that a strong contingent of police force stopped them at Dogra Chowk.

Speaking on the occasion, Apni Party leader Vikram Malhotra condemned the new land law adding that it was bound to hit the Dogra community in Jammu region hard and destroy their identity. The Apni Party will continue to raise its voice until Central government rolled back this “Black Law’’, he said and criticized the administration for not allowing protesters march towards Civil Secretariat in Jammu.