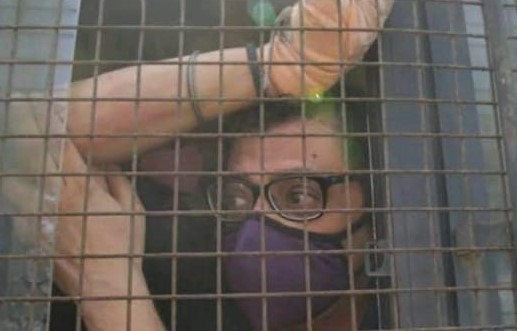 New Delhi, November 5: Founder Editor-in-Chief of Republic TV, Arnab Goswami, was on Wednesday evening remanded to judicial custody by a court at Alibaug in Maharashtra till November 18 in a 2018 case of abetment to suicide.The police had sought 14 days custody for interrogation of Goswami which was, however, rejected by the court.

Earlier, Goswami was produced in the afternoon before the Alibaug magistrate’s court, where he and his lawyer Gaurav Parkar alleged that Goswami was assaulted by the police.

The court then directed Goswami to be taken for a medical check-up at the civil hospital. He was brought back to court later in the evening.

The court, after perusing the medical report, noted in the order that the allegations of physical assault were incorrect and there were only minor scratches on the accused’s hand.

After the court remanded Goswami in judicial custody, his lawyers Aabad Ponda and Gaurav Parkar filed an application seeking bail. “The court asked the police to file their reply and posted it for hearing on Thursday,” advocate Ponda said.

Goswami reportedly spent the night at a local school which has been designated as a COVID-19 centre for the Alibaug prison.

Goswami has been arrested in connection with the suicide of architect-interior designer Anvay Naik and Naik’s mother over alleged non-payment of dues by Republic TV in 2018. Naik left a suicide note, in which he blamed Goswami, Feroze Mohammed Shaikh and Nitesh Sarda for his act.