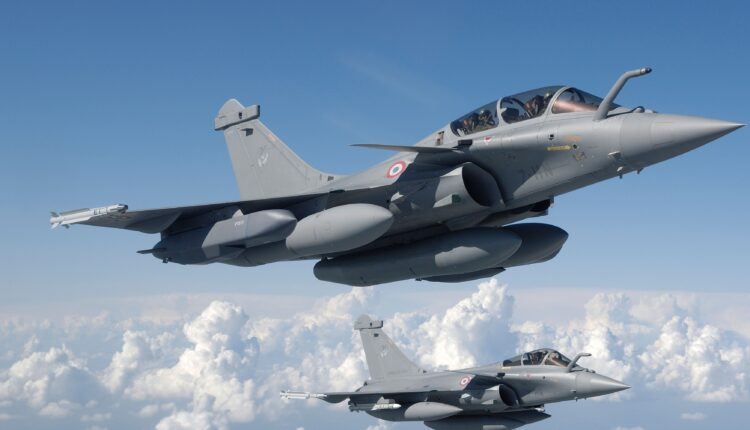 The fighter jets arrived Gujarat’s Jamnagar ere after flying non-stop from France. Accompanied by French Air Force’s mid-air-refuelling aircraft, the Rafles too an over eight hours to reach here directly from France showcasing IAF’s long-range operational capability. With their arrival, the IAF now has eight Rafale jets in service.

“Second batch of IAF #Rafale aircraft arrived in India at 8:14 pm on 04 Nov 20 after flying non-stop from France,’’ the Indian Air Force (IAF) stated in a tweet as the Rafale fighter jets landed Jamnagar.

“Another flight in strategic partnership: Next batch of #Rafale Jets landed safely’’ in India after non-stop flight from France with multiple mid-air refuelling,’’ the Indian Embassy in France tweeted.

Sharing a video of the second batch of Rafale aircraft landing in India, Defence Minister Rajnath Singh said in a tweet, “The IAF pilots brought home the second batch of three Rafale aircraft today after flying non-stop from France in a ferry that lasted for over 8 hours. RM @rajnathsingh congratulates @IAF_MCC for successfully accomplishing a highly complex mission in a professional & safe manner.”

India had got the first batch of five Rafale fighter jets on July 28.