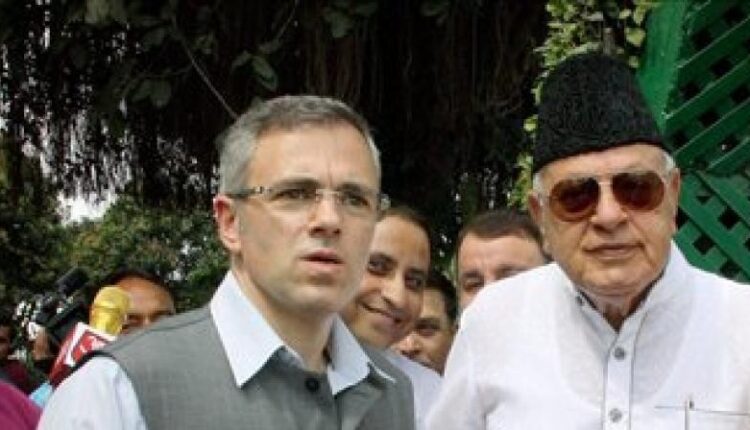 Jammu, November 24: Two former Jammu and Kashmir Chief Ministers, Dr Farooq Abdullah and his son Omar Abdullah, appear to have built their palatial bunglow in Jammu’s Sunjwan village (also called as Bhatindi) on state land as their names figure in the list of encroachers, with UT administration pointing out that “they had physically encroached state land, but it was not shown in the revenue record’’.

The list containing names of Abdullahs along with two other encroachers were displayed on official website of the Divisional Commissioner, Jammu, by the UT administration on Wednesday. The quantum of state land allegedly encroached upon by them is 7 kanal and 7 marla.

The list also includes the names of a prominent Kashmiri business Mushtaq Chaya and Ashfaq Mir, son of a retired judge having encroached upon 1.5 kanal and 1 kanal state land, respectively, in the same locality.

Though these encroachments were not covered under Roshni Act as these did not find mention in the revenue record, National Conference has its party headquarters both in Jammu and Srinagar on State land which was regularized under provisions of Roshni Act. The Congress too had been a beneficiary of Roshni as its headquarters on state land in Srinagar was also regularized under the same Act.

While the National Conference in a statement denied Farooq Abdullah was a beneficiary of the Roshni scheme, Union Law Minister Ravi Shankar Prasad said Farooq Abdullah encroached 7 kanals of state and forest land in Jammu’s Sunjwan village in 1998.

The lists of encroachers in state and forest land including beneficiaries of Roshni scheme are being made public by the administration in compliance with the directions of the Jammu and Kashmir High Court who on October 9 declared the Roshni Act void ab initio and cancelled all transfers of state land under it, besides asking CBI to investigate the matter.