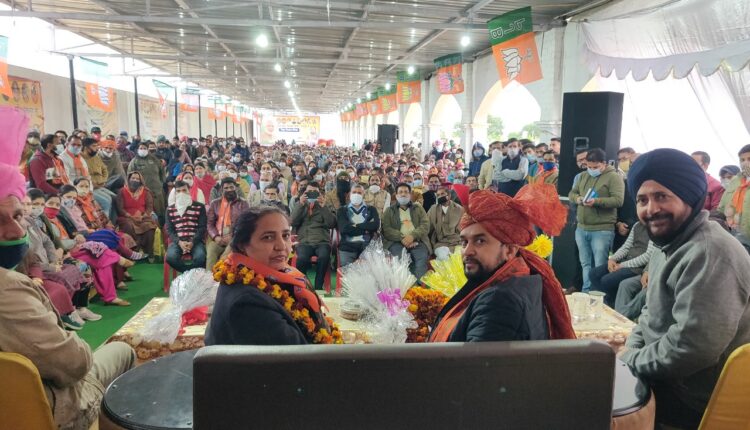 “No body is above law,’’ he said addressing a public meeting at Akhnoor as part of his campaign for party candidates in the District Development Council elections being held in eight phases in Jammu and Kashmir from November 28. “All the other corruption cases and forgeries will also be in public domain soon,’’ he added.

Pointing out that a lawsuit should also be filed on Farooq Abdullah for cheating, forgery and encroachment of public property, the BJP leader held the National Conference, Congress and PDP responsible for the mess in the erstwhile Jammu and Kashmir State. “They must be held accountable for looting the valuable resoures and vast areas of public land in J&K,’’ he said, adding the “beneficiaries of Roshni scam were former ministers of Gupkar gang, Congress and their relatives, besides senior bureaucrats and businessmen who were financing these parties’’.

During their entire regime in the past, the people of erstwhile state were forced to lead a hardships and face a web of systematic failures due to ineffective administration by PDP, NC and Congress, the BJP leader said.

Now, ihe residents of Jammu and Kashmir are due to witness an unprecedented development at par with other developed states of India as the abrogation of Article 370 by PM Narendra Modi government has opened the way for unprecedented growth in education, healthcare, tourism, business and other sectors, while ensuring an equal opportunity to every resident of the UT, he added.