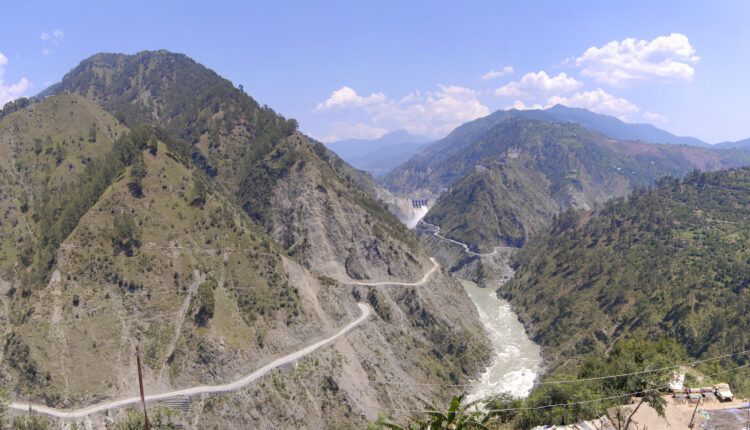 Jammu: Central government in a major decision on Wednesday decided to go ahead with the long pending 850 mega watt Ratle hydroelectric power project on river Chenab in Kishtwar district of the Union Territory.

Significantly, Pakistan had been repeatedly objecting to the construction of the run of the river project as being violative of the Indus Water Treaty signed between the two countries.

Pointing out that the approval had come at a cabinet meeting chaired by Prime Minister Narendra Modi earlier during the day, UT’s Lt Governor Manoj Sinha said that project is estimated to cost 5,822 crore and it will be completed in five years in joint venture by National Hydel Power Corporation (NHPC) and Jammu Kashmir State Power Development Corporation Limited (JKSPDCL) having an equity of 51 per cent and 49 per cent, respectively.

So far as UT’s share of 49 per cent equity will be paid by the Government of India, L-G said, adding that Jammu and Kashmir in a way has become 50 per cent partner in the hydel power project without investing a penny. The remaining 51 per cent equity in the project will be borne by the NHPC, he added.

Not only this, “it will be the first hydel power project in the country from which we will start getting power from the day it gets commissioned’’, Sinha said, adding that even as per the memorandum of understanding (MoU) signed between the NHPC and JKSPDL, UT’s share of power generated will start from 8 per cent and increase to 12 per cent in the 12th year. “If calculated in terms of money, Jammu and Kashmir will get electricity worth Rs 5,289 crore free of cost,’’ he said, adding that it will also get water usuage charges worth Rs 9,581 crore in 40 years.

The project will generate direct and indirect jobs for 4,000 people, he said. This will be in addition to 2,000 jobs created directly and indirectly in the commissioning of 540 MW Kwar hydroelectric power project on Chenab for which MoU was signed recently, he added.

Expressing gratitude to the Prime Minister, his cabinet and the Government of India on behalf of people of the UT for the generous help, he said that the UT was going to have a total investment of Rs 52,821 crore in hydel power projects only in coming days, generating a total of 12,000 direct and indirect jobs.

He said that the Ratle hydroelectric power project, a run of the river project, had been pending since long in view of repeated threats from Pakistan to take the matter to the International Court of Justice and the World Bank. He attributed the delay in commissioning of the project to the lack of will in successive governments.

“Today, the country has a strong government which accorded top priority to the interests of the people of Jammu and Kashmir and approved the project ignoring objections by  Pakistan,’’ he said.

To be built near Drabshalla village in Kishtwar district, the then Prime Minister Manmohan Singh had laid foundation stone for the dam on June 25, 2013. However, Pakistan objected the construction of the dam alleging that it was not in conformity with the Indus Water Treaty between the two countries.