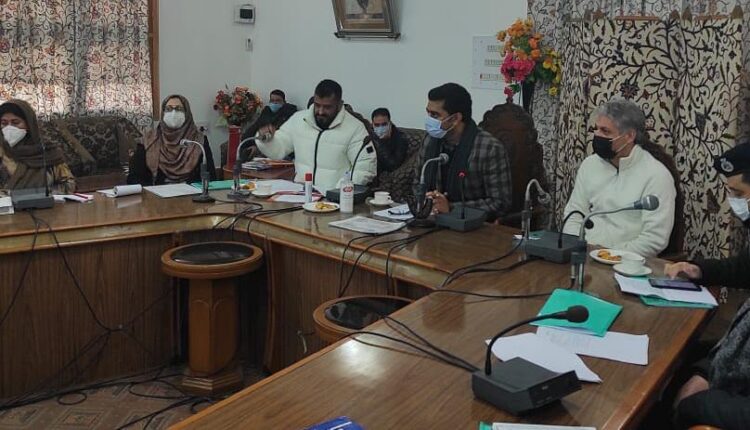 Srinagar: The District Mineral Task Force (DMTF) Srinagar has approved establishment of mineral checkposts to curb illegal mining and transportation, illegal constructions and filling of water bodies in and around the city. The mineral checkposts to be established within two months’ time will also have CCTV cameras installed for monitoring centrally.

Speaking on the occasion the District Magistrate emphasized strict vigilance against filling of water bodies, illegal mining, land-filling, land conversions and other aspects which have severely affect the watershed and balance of nature making the area prone to water logging, flood and other issues.

He directed the District Mineral Officer Srinagar was to fast-track the construction as the relevant codal formalities have already been completed.

During the meeting, the District Mineral Officer Srinagar and Member Secretary DMTF, Altaf Rasool, presented a resume of activities initiated in the sectors of drinking water, education, social welfare, plantation and others. The DMTF appreciated the efforts of the DMO for various steps taken in management of welfare schemes.

Meanwhile the Srinagar administration is considering various identified locations around the city for installation of CCTVs to curb illegal transportation of material for unauthorised constructions in the city.