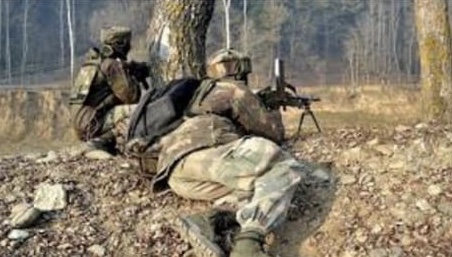 Srinagar: Two Hizbul Mujahideen terrorists surrendered before the security forces during an encounter in Lelhar area of South Kashmir’s Pulwama district on Saturday.

A senior police officer said that surrender came after both they were offered to lay down arms as per an SOP during “live-action”. Two AK-47 rifles were also recovered from their possession, the officer said.

Terrorist along with pistol, ammunition arrested in Doda

One of the surrendered terrorist had suffered an injury during the gunfight which started Friday night. He has been shifted to hospital for treatment, the officer said. The surrender comes less than 24 hours after police and security forces in an joint operation had killed three terrorists in Awantipora area..

The gunfight at Lehar had ensued after a joint team of police and army launched a cordon and search operation following specific inputs about the presence of terrorists.

As the joint team approached the suspected spot, the hiding terrorists had fired upon them, triggering off a gunfight.

Terrorist along with pistol, ammunition arrested in Doda