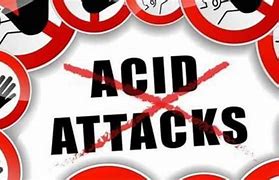 Poonch: Jammu Kashmir Police on Friday registered an FIR against a school teacher for allegedly threatening his female colleague of throwing acid on her in Poonch district’s Mendhar area.

The accused and the complainant, also a school teacher, had tied the nuptial knot nearly an year ago. Though their marriage broke recently following divorced between them, the accused continued to allegedly harass the complainant, he added.

The complainant in her complaint alleged that the accused threatened to throw the acid on her near Gohlad village of Mendhar on Thursday and later fled along with her gold chain.