Delegation in Jammu give positive feedback to visiting foreign envoys 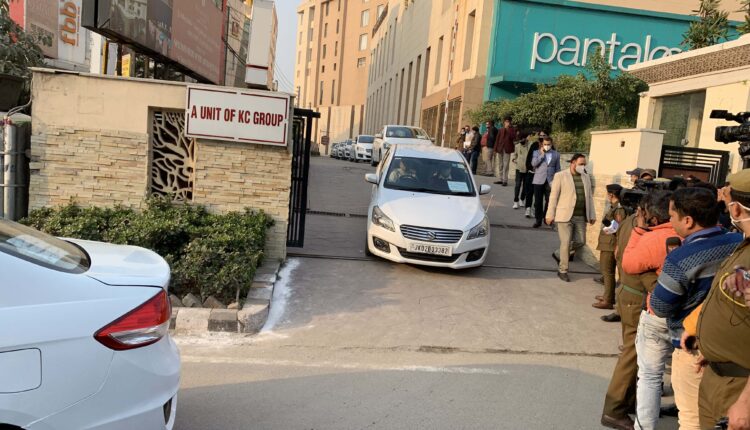 Jammu: Envoys of 24 countries met a delegations comprising DDC and panchayat members, refugees and members of Valmiki Samaj here on Thursday to find out their views on restoration of statehood to Jammu Kashmir, recently held maiden DDC elections and the change in their lives post abrogation of Article 370.

The reply visiting envoys got was that the people were comfortable with Union Territory also in view of the changes brought into their lives post August 5, 2019.

However, the delegates did not include any one from opposition like National Conference, Congress, Panthers Party, Apni Party or the CPI(M).

Congress chief spokesperson Ravinder Sharma said that they had no invitation. “Had we been invited, we might have met the envoys and conveyed them our assessment of ground situation,’’ he said, adding that Congress being a responsible political party would have kept national interest in mind despite being  critical of the working of BJP government.

Chairman of the Jammu District Development  Council, Bharat Bushan, who also happens to be senior BJP leader and former MLA, said the envoys mostly asked all of them about the maiden DDC and Block Development Council elections and the voters’ response towards them. All the people told them that development was the main agenda in these polls, he added.

Jammu DDC vice chairperson Suraj Singh, who is also from BJP, said that during the DDC polls, the voters were enthusiastic during elections as they felt that these would bring them development and nowhere anybody asked for restoration of Article 370 or statehood.

Akash Kumar from Valmiki Samaj said that post Article 370, the biggest change in their lives was that they became domicile of Jammu and Kashmir and they were allowed to cast their vote in the DDC polls. They can now buy property and even apply of government jobs in the UT, he said, adding that these rights were not earlier available to them in the erstwhile state.

Refugees were West Pakistan also supported it, saying that three tier-panchayati raj system has been established, the women given 33 per cent reservation and the STs (10 per cent) in democratically elected institutions post Article 370.

Earlier, the envoys arrived here from Srinagar and met UT’s Lt Governor Manoj Sinha to have first hand appraisal of government’s efforts to restore normalcy and boost development in the Union Territory. They also met the Chief Justice of Jammu and Kashmir High Court.

NC opens account in Jammu division after getting hold of Kishtwar, Ramban DDCs