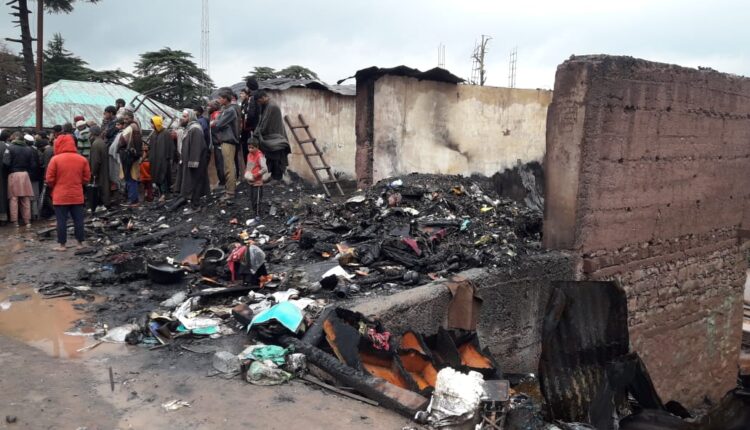 Batote: Five shops and a restaurant besides a car and two motorcycles were damaged in a blaze at Gandhri in Ramban district of Jammu and Kashmir on Friday night.

According to police sources, five shops and a restaurant were gutted completely and suffered huge loss. A car and two motorcycles parked nearby on the road were also damaged.

Ramban Deputy Commissioner,Mussarat Islam and DDC Chairperson, Dr.Shamshaad Shan visited the spot and took stock of the situation.They interacted with the fire victims and consoled them.

Deputy Commissioner said that after the assessment of the loss, help will be provided to the victims through Red Cross Fund soon.

The cause of fire and the extent of damage is being ascertained by the police. However, nobody suffered any injury in the fire .