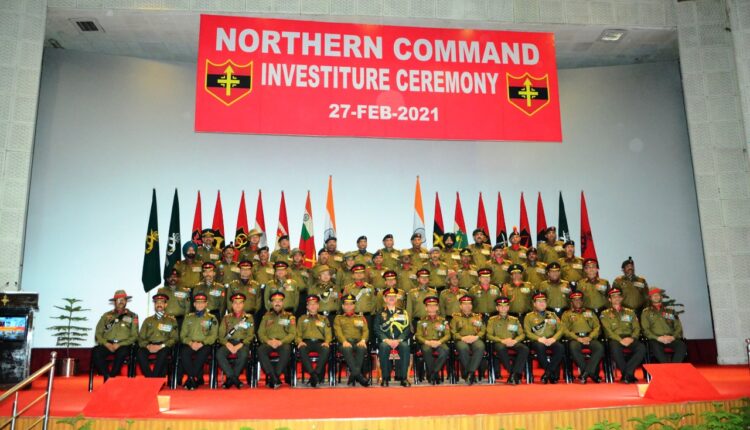 During the ceremony, the Army Commander presented two Bar to Sena Medals (Gallantry) and 50 Sena Medals (Gallantry) to the brave soldiers of the Army. He also presented, three Sena Medals (Distinguished) and six Vishisht Seva Medals for selfless service to the nation. The Army Commander also awarded Unit Appreciation to 26 units for their overall outstanding performance in the Command Theatre. The ceremony was a solemn occasion to honour the acts of valour and selfless dedication to duty of individual soldiers and units.

Speaking on the occasion, the Army Commander brought out that there has been a reduction in terrorist initiated incidents, stone pelting activities and protests as a result of tireless efforts of the Security Forces and the people of J&K.

The Army Commander commended all ranks of Northern Command for their dedication and devotion to duty in the highest traditions of the Indian Army. He congratulated those who were decorated for bravery. He conveyed his heartfelt gratitude to the brave men who made the supreme sacrifice on the borders and in the battle against Internal Security challenges. In the end he urged all ranks, ex-servicemen, civilians and their families to dedicate themselves to the cause of the Nation.