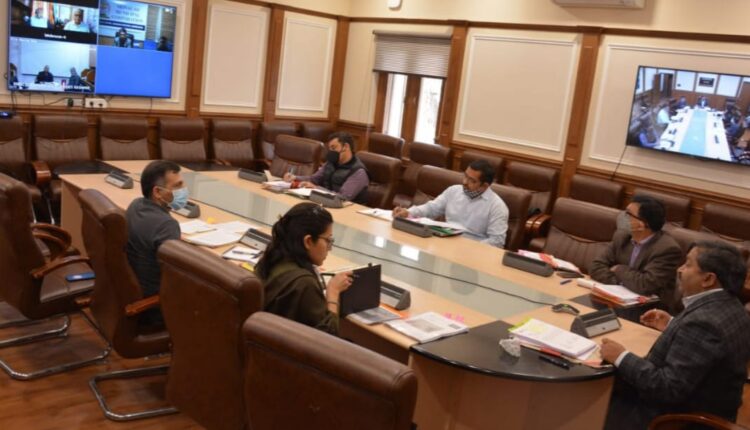 Jammu: Principal Secretary, Housing and Urban Development Department, Dheeraj Gupta on Saturday chaired a meeting with senior officers to discuss and directed the concerned officers to implement Solid Waste Management action plan in letter and spirit so that disposal of the garbage from both capital cities of Jammu and Srinagar is done efficiently.

At another meeting, he discussed and reviewed progress of various ongoing works under project AMRUT.

The ongoing works of Srinagar City under AMRUT including Anantnag Town were also discussed in the meeting besides construction of multilevel car Parking at Sheikh Bagh, intelligent Traffic System Phase-II, development of Cycle Track along the Bund of River Jhelum from Shivpora towards Batwara in Srinagar, water supply in University Area and construction of multi level Parking places of Janglat Mandi were also discussed.

Principal Secretary asked the concerned authority to speed up the ongoing process of various projects in the Jammu and Kashmir and clear all bottlenecks in this regard so that the projects could be completed within stipulated time frame.

Dheeraj Gupta also stressed upon the executive agencies to increase more men and machinery for expedition of works under AMRUT projects and asked the all concerned HoDs for proper monitoring of the projects.