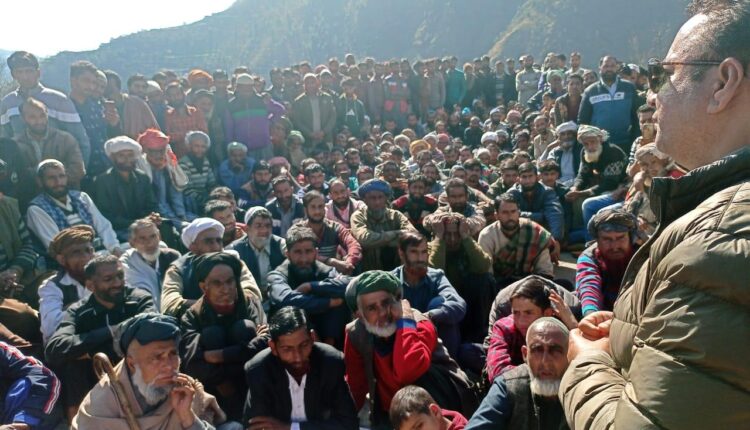 Alleging alienation among people from the government and its policies, the Apni Party leader said that the situation demands holding of early assembly elections in J&K to replace the present system of governance with an elected government.  He further said that the developmental works are going on at a snail pace and there is no accountability of officials on delaying works which ultimately led to the suffering of the common masses.

“The elected government is answerable to the people, while the “babus’’ have no such responsibility, he said. At present, the bureaucrats with additional charge of various departments are running the administration, he said, adding that officials from outside the J&K are being brought to the UT to meet their shortage. However, this is not going to win the confidence of people, he added.

The Apni Party leader said that the government and administration also not on one page and their differences often add to the woes of the people.

“The assembly elections should not be delayed further,” he demanded again. The Former Minister, Ch. Zulfikar Ali said that the people want statehood to be restored as soon as possible. Healso expressed concern on poor developmental works, and basic amenities in Budhal’s Targani village.

Saddening to see leaders like Azad being ‘castigated’ by Congress: BJP